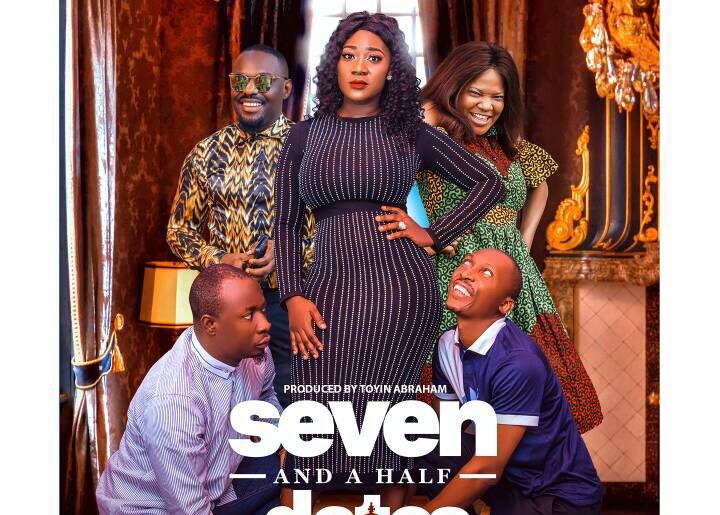 The official trailer for the most anticipated movie of 2018,‘Sevenand a Half Dates’,has just been released and it is refreshingly different.

The movie whose official poster was released few days ago, has been receiving massive buzz online since its announcement and it is no doubt one movie to watch out for.

From the stables of BroadwayTV Production,Seven and a Half Datesfollows the life of a young hard working lady,Bisola,who is engrossed in her passion for her career and finds herself in a seemingly unending quest for love. Her father,Mr Gomez,comes to the rescue and inspired by the game of chess, sets Bisola up on ten different dates which he hopes one of them yields a good prospect.

Produced by Toyin Abraham with Samuel Olatunji as the Executive Producer, written by Joy Isi Bewaji and Directed by Biodun Stephen, the movie will be hitting all Nigerian cinemas from August 3rd, 2018.

Follow: @sevenandahalfdates @broadwaytv for more info and for exciting giveaways.