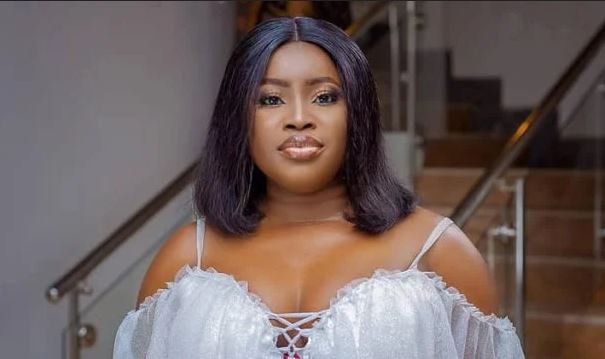 My Ex Sent Me Wedding Pictures After We Broke Up – Actress, Shade Shittu Reveals 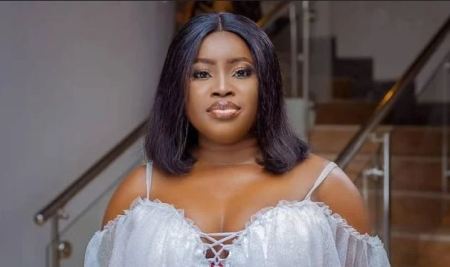 Shade Shittu, aNigeeian actress has said she has made a lot of sacrifices in the course of her acting career.

She told Sunday Scoop, “I have made lots of sacrifices. The biggest one was that I met someone in 2012 and we started dating. He proposed to me but later told me he was not okay with my career. I told him I could not go on with the relationship and that was how I ended it. He later got married one year after our break-up and sent me his wedding pictures.”

On if she agrees with the notion that polygamy curbs infidelity, the ‘Fola Flashy’ actress said, “I don’t support polygamy; maybe because I come from a polygamous family. There are ways to handle issues pertaining to infidelity rather than going from one partner to the other. That can’t stop infidelity.”

When asked if she feels comfortable kissing in movies, Shittu said, “I don’t think I have ever kissed in a movie. There’s a kissing scene in my latest movie which I ‘mimed’ with the actor. But if there is a need for it, I would do it.”

Shittu also maintained that fake love existed everywhere, not only in Nollywood.

She said, “Fake love is not only in the movie industry. I guess there isn’t enough love in general. Personally, I love everyone. But it’s normal not to love everyone equally.”

The actress also stated that it was hard to avoid controversies as a public figure. She added, “One cannot be careful enough. It is God’s guidance that has helped me so far. I am not perfect, so it’s possible I (could) have (scandals) in the future. If one is a public figure, one can’t avoid scandals. However, one can try as much as possible to stay away from anything that brings controversies.”