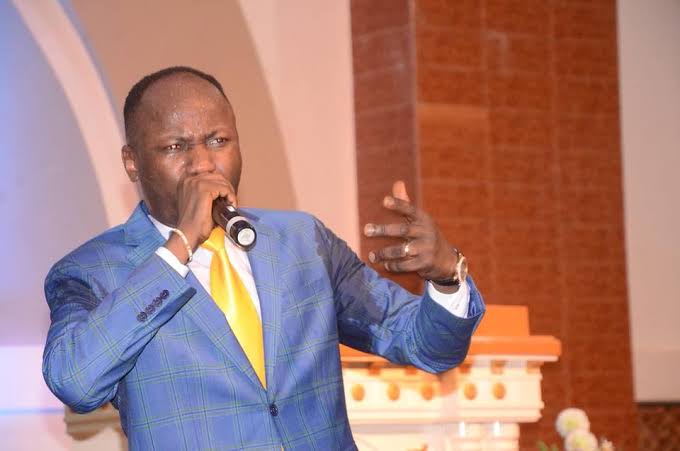 Netizens Drag Apostle Suleiman After He Revealed How Secrets Are Exposed

Internet users have responded to a tweet from Apostle Johnson Suleiman where the founder of Omega Fire Ministries came out to say that friends are the ones who sell out secrets.

Apostle Suleiman used the microblogging website Twitter to inform his followers of information that a third party has learned.

In contrast to popular saying, Apostle Suleiman asserted in a tweet that walls do not have ears instead, friends are the ones who sell out secrets.

He tweeted: “The walls don’t have ears, your friends sold you out”.

This statement has sparked reactions from internet users who ask Apostle Suleiman if his buddies sold out the allegations against him and his ministry.