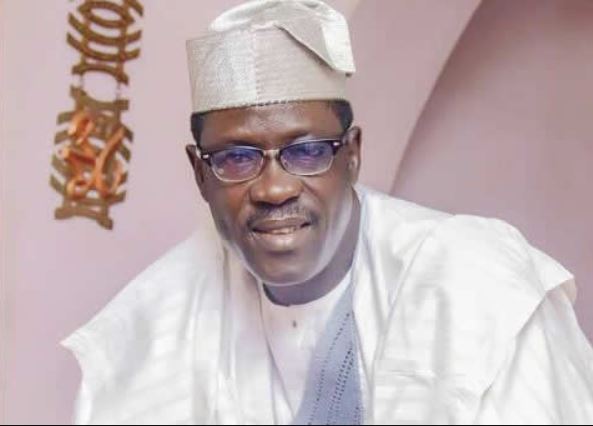 Nigerian Actor, Ogogo Who Fought A Fan On The Streets Of Ogun Explains Why He Did So

Taiwo Hassan, the veteran Nollywood actor, popularly known as Ogogo, has spoken up following a public fight with a fan on the streets of Ilaro, Ogun state.

Videos trending on the Internet showed the actor in a tussle with a man in the midst of a crowd, and afterwards getting into his car and driving away.

Sharing videos of the incident, Hassan took to his Instagram page on Friday to explain the reason for the altercation.

According to him, the said fan alongside others had approached him, and demanded he pay them a sum he could not afford.

Despite giving them all the money he had, the said fan then proceeded to drag his clothes and this resulted in his reaction.

“Before bloggers pick this up, let me tell my side of the story and the truth,” he wrote in the caption.

He added, “I was in Ilaro, my own home town, for an inspection of a project, after which some unknown guys walked up to me for the normal appraisals. ‘We watch your movie’, ‘give up money, ‘We watched you all through our childhood’…All these as an actor we hear everyday.

“I offered all I had on me and one of them dragged me by my Agbada and demanded for an amount I can’t pay. I asked him to leave me, he said, ‘Do your worse’. The rest is story.”

The actor further admonished fans to desist from harassing entertainers for money just because they are entertainers.

“Do you pay anyone for doing your job? No. It’s our job too. Accept all we offer when we do. Remember, once a boxer, always a boxer,” he wrote.