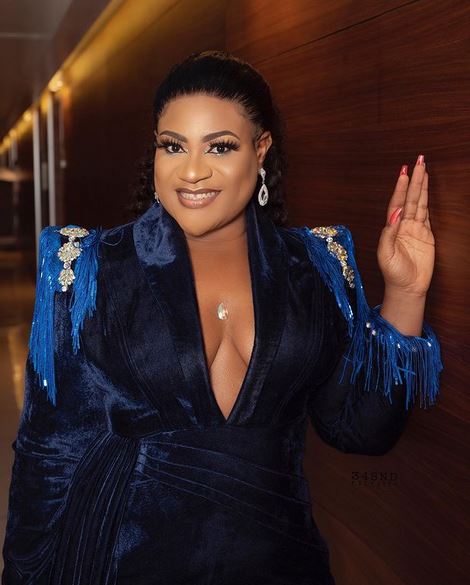 Popular Nollywood actress, Nkechi Blessing could not contain her joy after she was placed on a 1 million naira monthly allowance by a male fan.

Recall that the actress had once disclosed that an anonymous person had given her a million to enjoy herself, some days back.

The actress who seems to have a secret admirer who has refused, for some reasons best known to him, to reveal his identity.

The anonymous millionaire has placed the actress on a monthly allowance of one million to flex herself.

“Set awon Mr Anonymous baba literally just placed me on a 1m monthly allowance… Identity still not known oooo. You will see this I appreciate all you do Mr A”

“God has special kind of love for me, Cus I myself don’t know how I survive life, he has his own ways of coming thru.. I am grateful”.