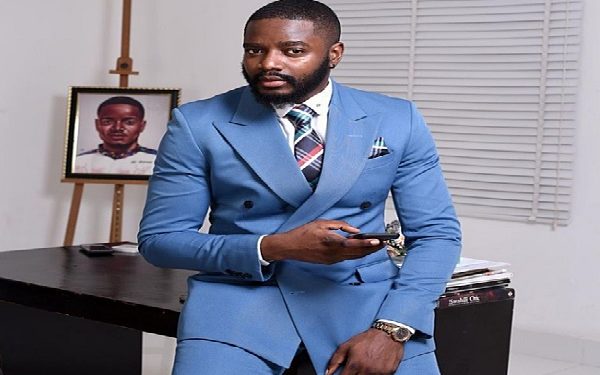 ﻿Leo Babarinde Dasilva, the ex-BBNaija season 3, Double Wahala housemate, popularly known as Leo Dasilva has made quite an unusual postulation considering the reactions it has so far elicited on social media.

The reality TV star stated it is useless wooing anyone, urging people to quit the act.

According to Leo, you should rather communicate your intentions and feelings to whoever you like via dreams.

The 29-year-old entrepreneur explained that a female can’t be said to be the ‘woman of his dreams’ and not truly live up to that while adding only such a woman will he take seriously.

Leo Dasilva wrote: “Don’t toast anyone. It is of no use. Whoever likes you will communicate it to you via dreams.

“You can’t be the woman of my dreams and not appear in them the you believe I will take you seriously.”

The media personality’s assertion has left social media users dazed as they can’t seem to fathom the basis for his stance which seem usual considering their reactions.

andikanstraininghub stated: “Mtcheeeeeew!!!! Na this same lie they used in marrying many Pentecostal sisters that year o…“I saw you in the dream giving me a hymn book”. Sir rest!”

valdonclint wrote: “I don’t even remember some of my dreams talk more of knowing if the woman of my dreams was there. Akiko Mike.”

afrijewels_ asked: “Shey this one dey alright like this?”

alolo_1400 stated: “Nigerians mental health is … Majority of Nigerians don’t even understand what is mental health … Check yours and always slow down … This young man might think he is making sense …”

stanceyyy__ said: “Wahala for who no appear for dream.”

alaq_amy stated: “Nahhhh!!! My jotter refused to take this one.”

augustinahh said: “Joseph no dream pass this one oo.”

Kingpizzy_ stated: “Leo these days you dey talk nonsense, do you need someone to check up on you cause we no understand anything you dey talk here.”