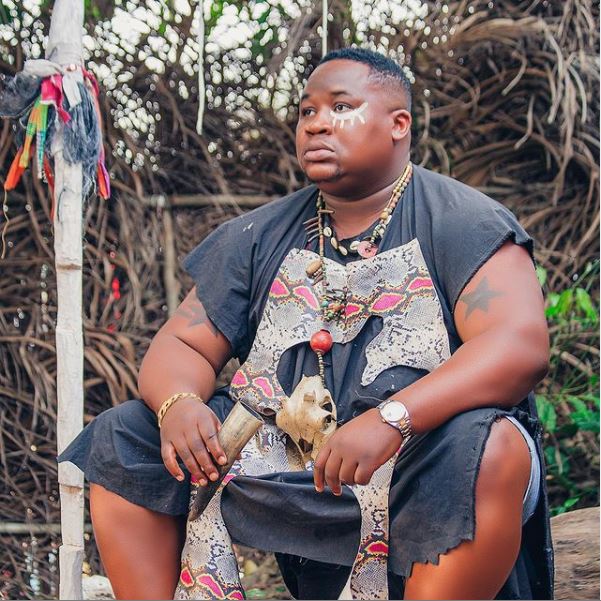 Celebrity barman, Pascal Okechukwu, aka Cubana Chiefpriest has gone spiritual after his phone number was made public.

This is after he called out BBNaija’s Maria for snatching his sister’s husband called Kelvin.

Recall that the entertainment mogul, Paulo Okoye in retaliation had taken to his Instagram page to share the phone number of Cubana Chiefpriest after he (Cubana Chiefpriest) did the same to Maria.

In reaction to the turn of events, the nightlife king took to his Instagram page with over 3 million followers to share a shrine-themed photo of himself while leaving a strong note in Igbo dialect.