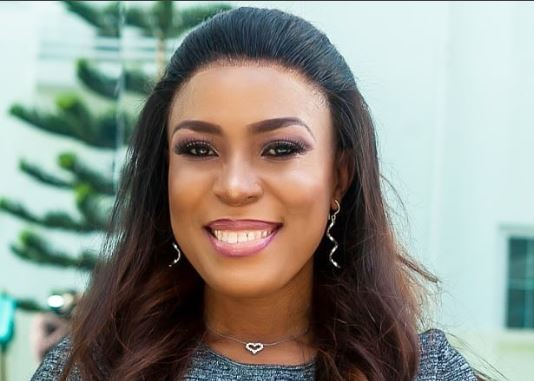 No Sex Until Marriage: Linda Ikeji Is Wrong For Getting Pregnant

The news about Linda Ikeji’s pregnancy is no longer news, she made known her pregnancy last Sunday. However, it ought to be a good news but she got bashed by people for different reasons.

Many people felt disappointed knowing she got pregnant before marriage because she was an advocate of Celibacy, many young girls have looked up to her and practice no sex before marriage but this her act was not accepted by them. Supporting her actions, she said if you finally find someone you love you can have sex with him.

@funtoibuoye on Instagram felt her reasons was not justifiable, that having sex before marriage is a sin and shouldn’t be condone.

I need to shake a particular table tonight, if not, I won’t sleep well… So I heard the gist about Linda Ikeji getting pregnant and all and that’s really her business, I mean, in this generation of baby mamas, getting pregnant out of wedlock is now something we celebrate and even buy aso ebi for…

But that’s not what I’m here to talk about tonight.. It’s really her life and at the end of it, she’d stand before God not me… But what is burning my soul right now is this her response that I just saw on her page…. So you preach celibacy and millions of people follow you to practice celibacy, then you get pregnant and now come to say you “NEVER said do not have sex before marriage…

Following a cause only when its convenient… Preaching something and not practicing it.. And then I see the comments and I’m SHOCKED at people I expect to know better congratulating her and clapping for her over the rubbish she’s saying, leading young girls straight to hell..

I’m so vexed in my spirit right now… Linda Ikeji is not God and God has not changed His laws to suit our generation, FLEEING from sexual immorality hasn’t been deleted from the bible and it won’t be now that Linda is pregnant! DO NOT HAVE SEX UNTIL MARRIAGE!! SEX SHOULD ONLY HAPPEN IN MARRIAGE!! I don’t care how many billions Linda is worth, having billions of money does not equate success in God’s kingdom, so if she likes she should buy the entire Banana Island, good for her..

What is wrong is wrong, let’s stop celebrating rubbish and nonsense because someone is “successful” and we clap at every rubbish she churns out while an entire generation of young ladies are being led straight to destruction. And if we Christians won’t talk about these things, then what’s the point of our Christianity