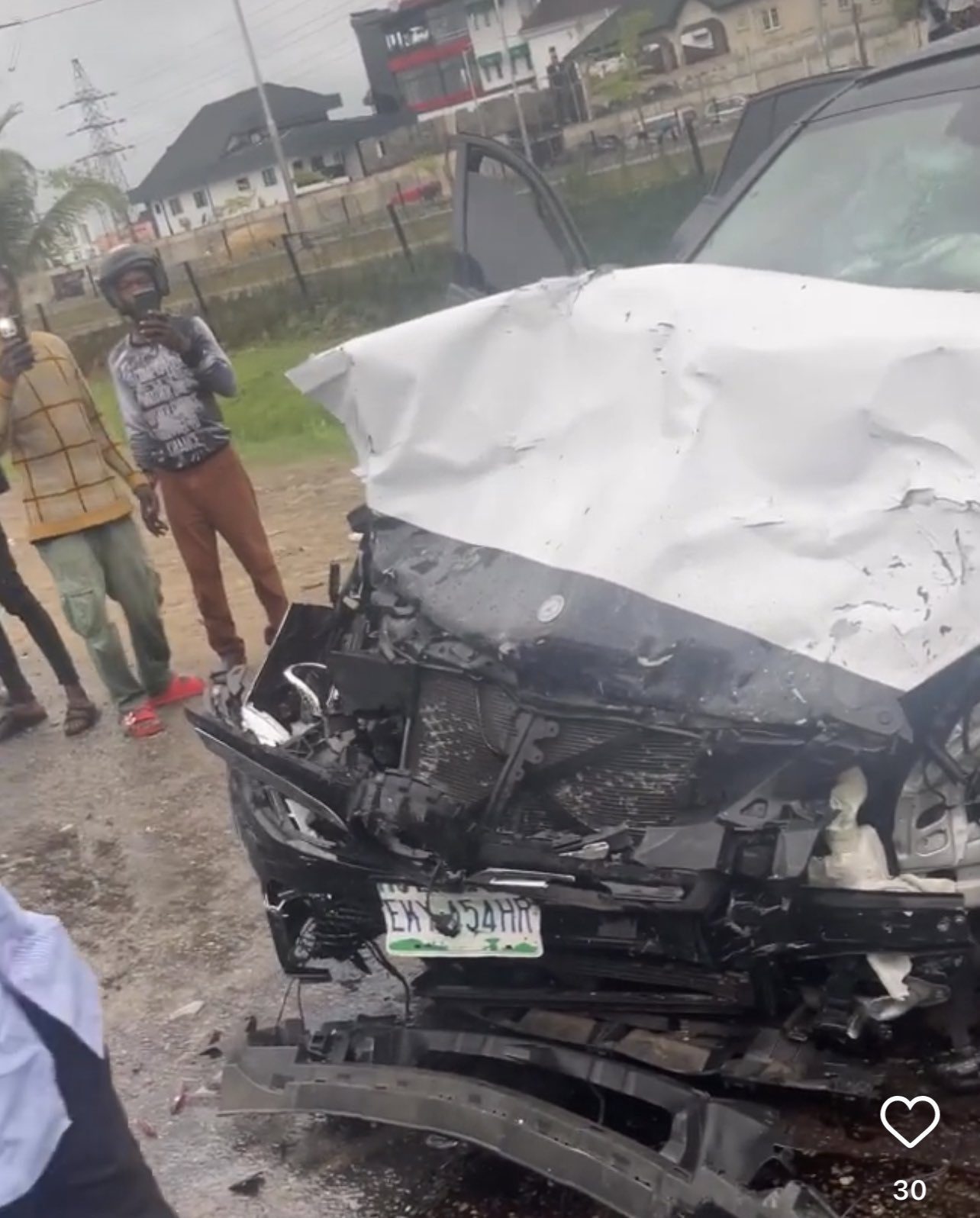 Sabinus, while reacting to the accident, said he couldn’t honestly explain how the accident happened.

The actor and stand-up comedian from Rivers also said it was his first time being involved in a motor accident.

In the statement, he stated that he would have loved to keep the incident secret because he doesn’t believe in posting his wins and losses online.

“You guys know I don’t bring my things online. Even when I bought the car, I didn’t post it. It’s not my life. My life is comedy not posting.”

He also used the opportunity to appreciate God for saving him. He said, “God is in charge. Nothing dey happen. I give thanks to God for everything.”

Unconfirmed reports say the skitmaker he was returning from the house of his fiancée’s parents where he went to do a little engagement ceremony.

However, despite his best efforts to carry out the activities incognito, he was caught on camera by some neighbours who live near the home of his girlfriend’s parents in the Era-Ojo neighborhood of Lagos State.

He was seen kneeling in front of his in-laws when the video was taken. When the skitmaker noticed that he was been recorded, he issued a warning.