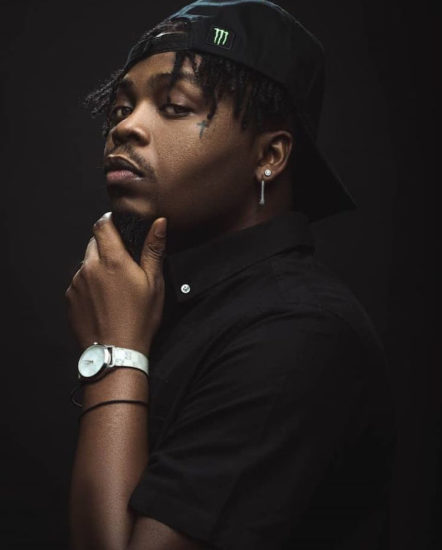 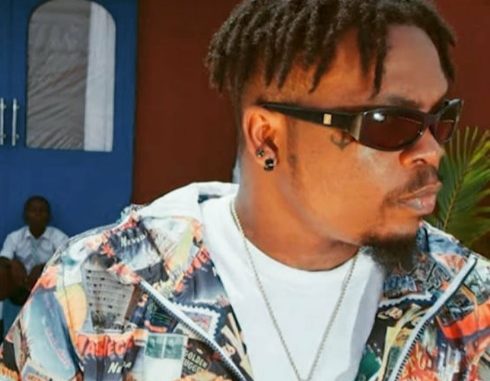 Olamide replying a tweet by a fan via his instastory on the 16th of March, revealed he just finished working on his upcoming album on the 15th of March and stating his readiness for fans.

He asked his fans to pick a release date for his upcoming album. The instastory post below; 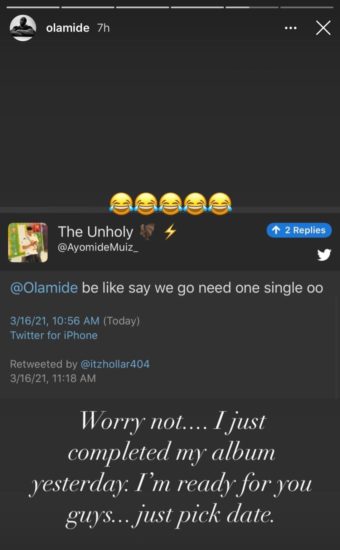