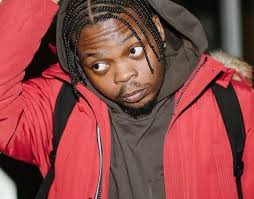 Olamide: “You Can’t Be Condemning Yahoo Boys And Be Moving With Them”

The agency confirmed the raid in a statement on its Facebook page.

It said: “EFCC operatives stormed the popular Club 57 on Awolowo Way, where the suspected “yahoo yahoo boys” were rounded up, following intelligence report.

Somebody say Amen ! ��RT @Osi_Suave: You cant be condemning yahoo boys on twitter and be moving with them offline.