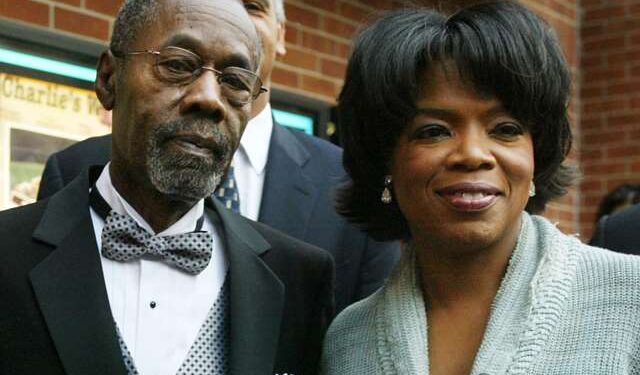 Legendary American talk show host, Oprah Winfrey, has lost her father at the age of 89 after battling cancer.

The actress, producer, host and philanthropist via her verified Instagram account confirmed that her father, Vernon, died on Friday while surrounded by loved ones and family.

“Less than a week ago we honoured my father in his own backyard. My friend and gospel singer Wintley Phipps saluted him with a song. He FELT the love and revelled in it until he could no longer speak.

“Yesterday with family surrounding his bedside, I had the sacred honour of witnessing the man responsible for my life, take his last breath. We could feel Peace enter the room at his passing. That Peace still abides. All is well. Thank you for your prayers and good thoughts.”

A few days before her father’s death, Oprah Winfrey threw a surprise party to celebrate him at his Nashville home. Vernon thought the party would be an ordinary Independence Day celebration but instead was shocked to see that his daughter threw him a “Vernon Winfrey Appreciation Celebration.”

During the celebration, Winfrey credited her father as the person who taught her about work ethic noting that her dad rarely closed his business for holidays.

“I learned from your good work ethic, showing up, being on time — that is why for 25 years of The Oprah Show, I never missed a show,” she said.

However, many stars around the world have sent Winfrey their condolences.