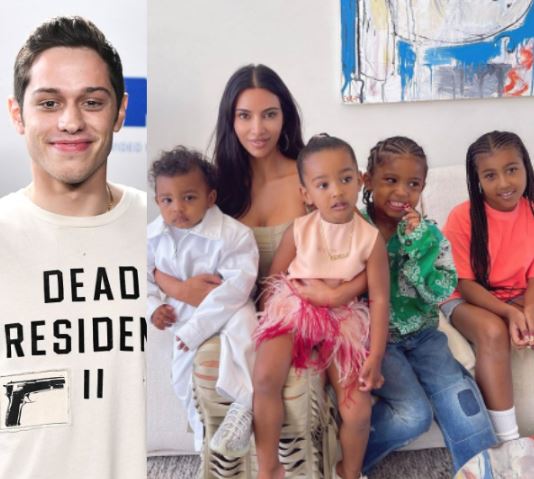 American comedian, Pete Davidson got a tattoo of an initial of his girlfriend, Kim Kardashian and her kids on his neck.

The comedian was seen getting into a waiting SUV with Kim Kardashian and his neck was exposed to show some fresh tattoos on his collar bone.

Many believe it is the initials for Kim and her kids North, Saint, Chicago, and Psalm.

This is not Pete’s first tattoo in honour of Kim.

He has “KIM” branded into his chest and another tattoo that reads, “My girl is a lawyer”.