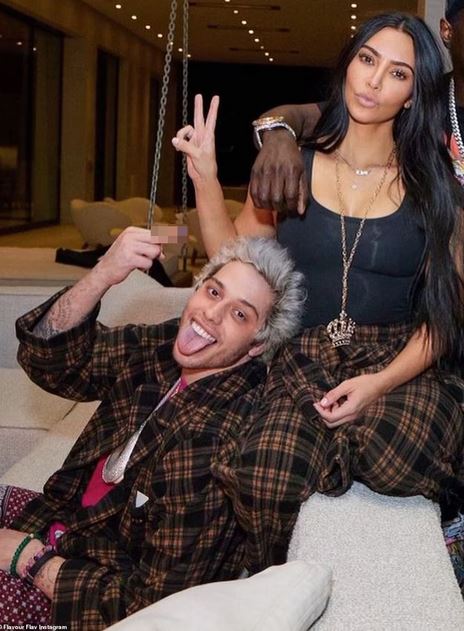 Comedian and host, Pete Davidson, has publicly referred to Kim Kardashian as his girlfriend for the first time

The Saturday Night Live host made this known in an interview with People, when he opened up about about his social life.

“Well, I don’t really have Instagram — I don’t have Instagram or Twitter or any of that stuff. So, most of my daily life is getting into cars and showing up to a set,” the comedian said.

“Or, if I’m off, I just either hang with my friends or chill with my girlfriend inside. So I don’t do much,” he continued, referring to Kardashian, 41, with the title.

The 28-year-old noted that the interest of fans had zero impact on his everyday life, adding, “Once in a while, someone will scream something at you, or it might be hard to get Dunkin’ Donuts. But other than that, it’s pretty fine. It’s not awful. It could be way worse.”

After seven years of marriage and four children with popular rapper, Kanye West, Kim Kardashian had filed for divorce in February 2021.

Months later, Kim’s romance with Pete Davidson went public. Kanye was also spotted with other women, even as he made it publicly clear he wanted his wife back.