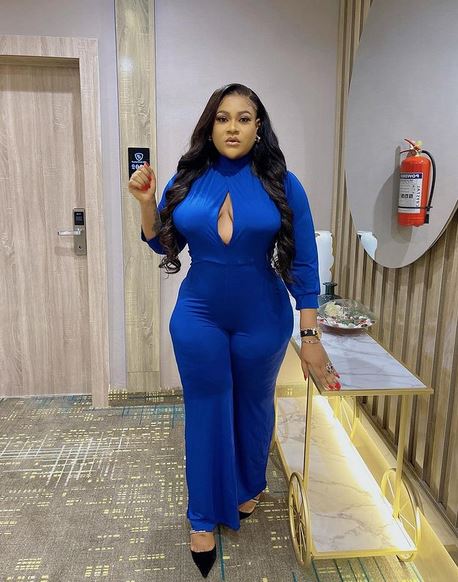 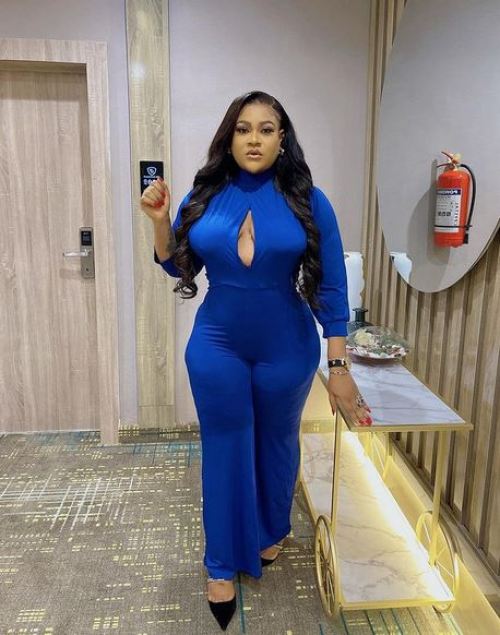 Nigerian actress, Nkechi Blessing has urged BBNaija fans to support a black girl this year on the reality show.

She appealed to fans of the show to stop the colurism and give black girls a fair chance at the game.

According to her, she is tired of seeing light-skinned girls get all the attention every season of the show.

She also encourage viewers of the show to select one of the beautiful black skin girls in the house and throw their weight behind her this year.

“To those supporting the BBN show, make una try pick one out of the fine fine Black girls support.. Enuf of this yellow yellow every time.. Ya all ain’t encouraging black skin people.. Hian!!” 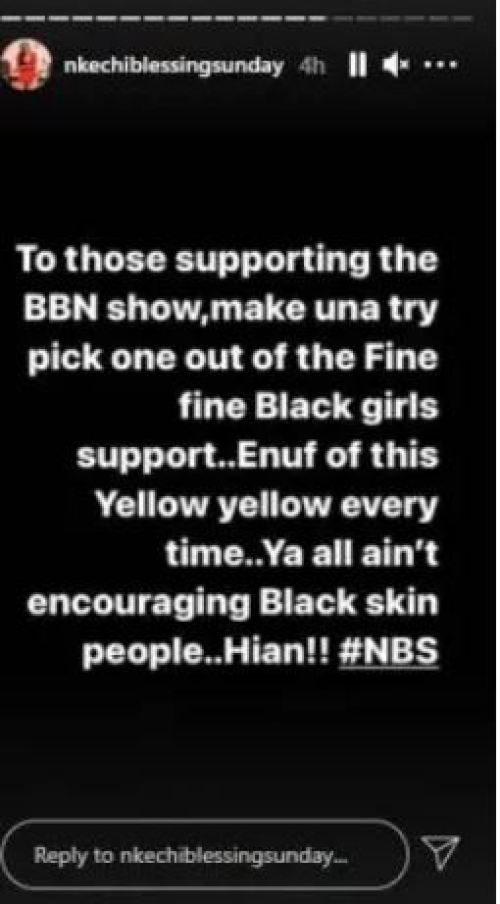