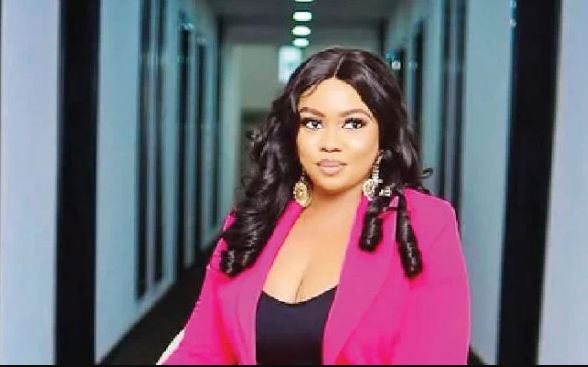 Folorunsho Adeola, the Nigerian actress also known as Arike Gold, has said keeping one’s life out of the public domain has many advantages.

In an interview with Sunday Scoop, she said, “The saying that ‘a private life is a happy life’ is definitely true. If what people know about one is limited, it will be difficult for them to start a rumour about one or about people close to one. I cannot stop people from gossiping about me. But, a private life minimises drama. I don’t share details of my life on social media because I feel it should be kept private.”

Gold also stated that she does not feel bad when rumours are peddled about her.

She added, “I have heard many rumours about me. But, I don’t feel bad about them because I didn’t do any of those things. There was a time I was rumoured to be dating a popular musician. As a matter of fact, of all the people I have been rumoured to have dated, I don’t even have their phone numbers.”

Asked if she agrees with the notion that polygamy is a solution to infidelity, the actress said, “Yes, I agree. But, that does not mean I will marry a married man. Most times, ladies just want to have their own kids. Some of these ladies (who are not first wives) are comfortable and doing well for themselves; they are not just lucky with men. So, they end up having children for married men.”