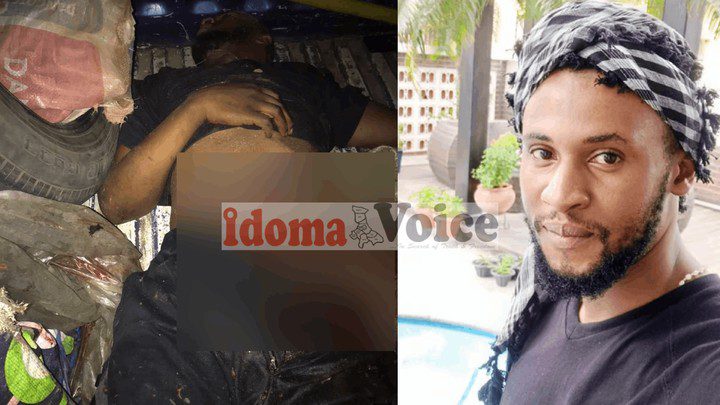 A popular skit maker and MC has lost his life.

Stanley Chijoke aka Aboki So Funny died on Sunday after a fatal motorcycle accident around abbatoir in Agege, Lagos.

A source told IDOMA VOICE that the entertainer was crushed to death by a trailer while the okoda carrying was trying to overtake a trailer.

Another account said the entertainer lost his life when the bike man carrying him was being reportedly chased by some security men last night.

The gory picture of the lifeless body of entertainer sighted by IDOMA VOICE showed that his stomach was ripped open and his intestines gushed out.

His death was confirmed by his brother, Chinonso.

He described the deceased as a rare gem.

He said, “I just lost a dear brother and it is really difficult for me to believe. Stanley AKA Aboki Funny you are a rare gem and a brother indeed. Death why now. I can’t stop crying.

“Does it mean I will not see you again?

Does it mean our planned big project in September will not happen. I will miss you my brother. Hmmm. May your soul rest in peace.”