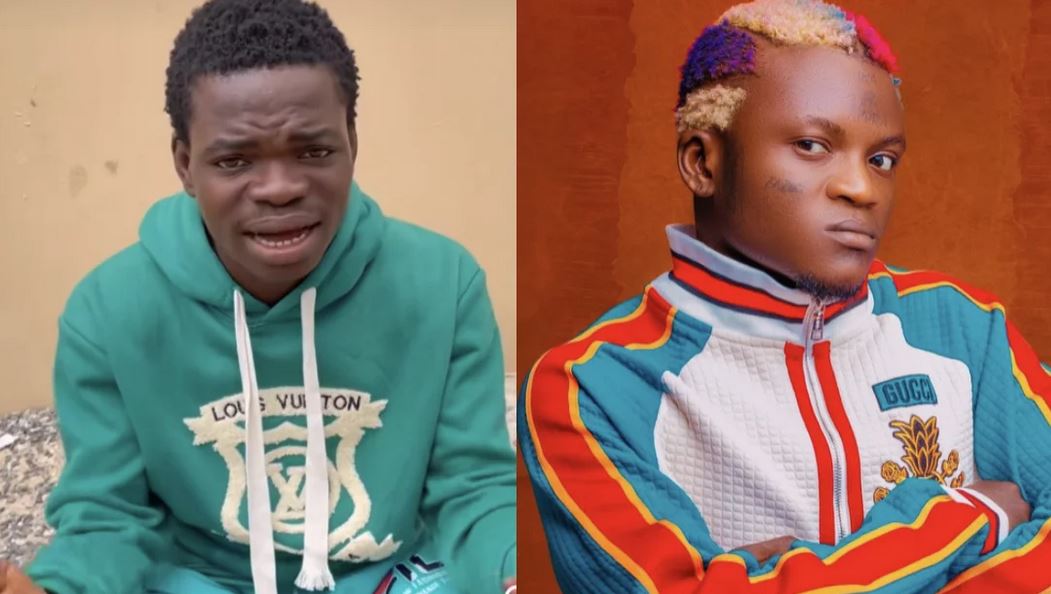 Portable’s signee, Manny Monie, broke his silence after a video of the controversial artiste assaulting him went viral.

In a post via his Instagram handle, Portable accused the signee of getting the service of two music distributors without his consent. The Zazu singer further accused Monie of being an ingrate.

However, giving his side of the story via a video on Instagram, Monie denied the allegations levelled against him by his boss. He further claimed that he owns the studio set Portable is using. Monie denied being an ungrateful person.

He said, “I don’t know how I wronged him. Yet he’s claiming I’m ungrateful. My brother bought me a studio set. “I own the studio set Portable is using.”

Monie further revealed that the incident might not be unconnected to the fact that Portable said he had a dream that someone close to him wanted him dead. Because of the dream, Portable sacked the staff members working with him.

He continued, “He said he had a dream that some people wants to kill him and that we should give him space. I said that I should carry my studio set to use till he calls us back. He refused saying that he wants to use the studio set to replace the help he did for me. He seized my phone since morning.”

Furthermore, the young signee took to the caption section of the post and wrote, “I’m writing this to all of you [all] over the world to please help me. I don’t know what I did to Portable that he is threatening my life. He brutally beat me this morning, and seized my phone.”