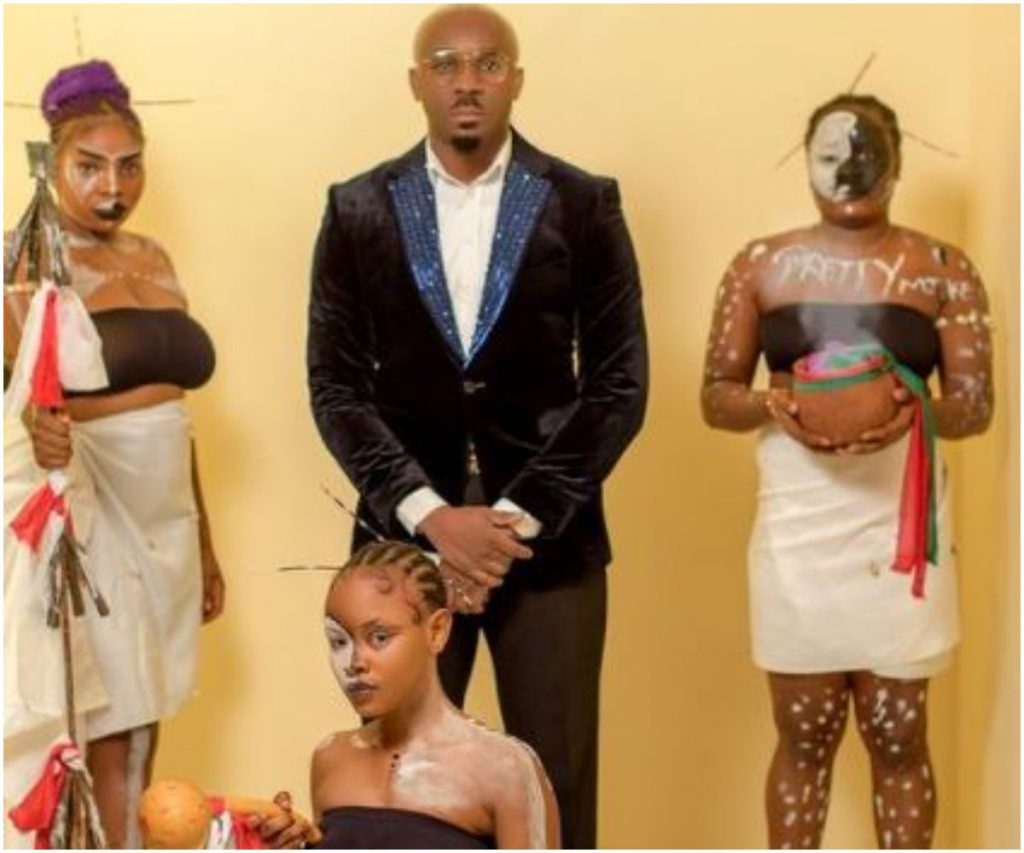 Pretty Mike and the ladies

In the photos and video shared on his instagram page, the Lagos big boy was spotted in a birthday party with strange looking ladies who wore traditional attires.

Sharing the photos on his page, he captioned it; “VAWULENCE has been declared this October 🧐tighten ur belts” Live in PH, came with a msg from the spiritual world.”

The photos was greeted with a lot of reactions from social media users who found the photos yet again amusing and tiring.

Here’s some of the reactions gathered:

black.teni wrote; ‘Someone in my party like this 😂 my Inlaw be pastor.’

cutestjeweller wrote; ‘Radarada 😮they won’t see anything wrong in it cause of wetin he wan spray’

tallbosschick wrote;Why does he like being the center of attention ??