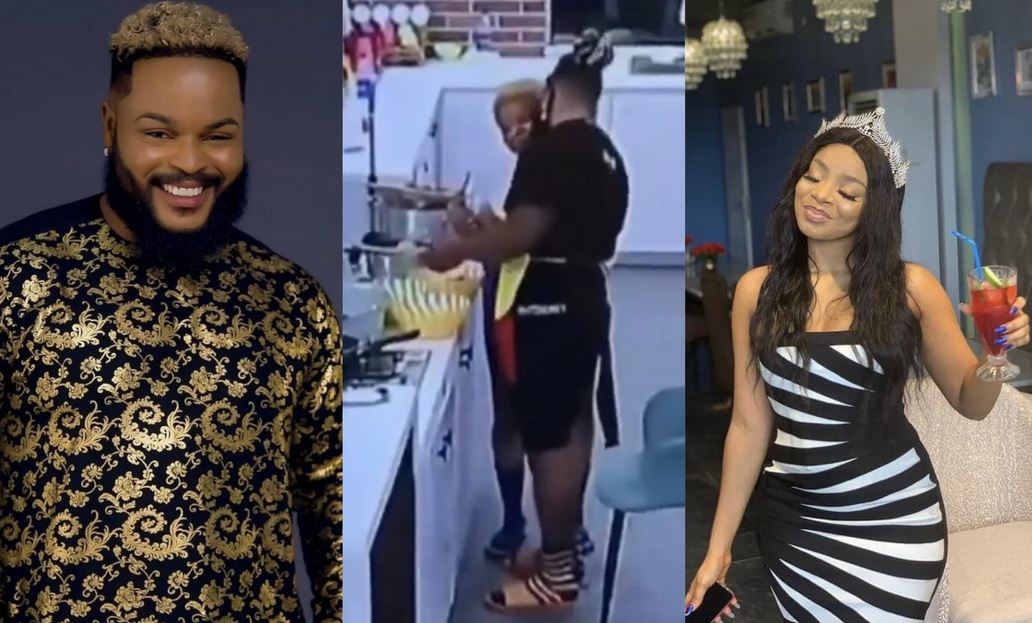 Big Brother Naija viewers have stated that Queen’s closeness to Whitemoney is a strategy to win the reality show.

The duo have been spending more time together after Queen disassociated herself from Boma.

They both seem to like each other and have been spotted cuddled up.

Some fans have speculated that Queen’s closeness to Whitemoney is a strategy used to save herself from eviction.

Recall that Queen has been up for eviction twice and has been saved both times.

She is the only housemate left in the house out of the four housemates-Michael, Kayvee and JMK-introduced later in the show.

Here are some comments by fans

@_ItzTony “Queen must be a great strategist securing Whitemoney.”

@Moonshine “Queen leave my Whitemoney ooh. If you want to sit, sit on the floor.”

@FaBinho “I told people Queen moving to Whitemoney was a strategy for her. She’s smart.”

BBNaija: I’m not in a relationship with you, stop caging me – Boma tells Queen

@Rhoda1bree “As a Whitemoney fan I love Queen but you see my 101% vote is for Whitemoney alone. They can do whatever they like I will do aww but when it’s time for voting it’s all for Whitemoney. I believe she has her fans too. It’s all Love.”

@Adonye “Queen definitely had her phone and knew the strongest housemate before she entered the house. If you know you know.”

@AkuaEdith “Queen attached herself to Boma for one reason. It was because the housemates for whatever reason think Boma has lots of fans. It’s the same reason she’s always around WM. She’s really playing the game.”

@Bennike34 “Not everything is strategy, Queen genuinely likes Whitemoney, I confirmed this the day Pere and Whitemoney fought. Whitemoney likes Queen.”