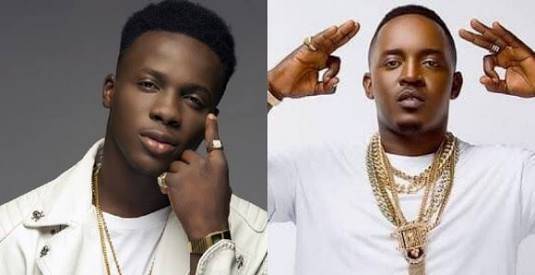 Reason Why I Left Chocolate City – Koker Speaks Out

Nigerian artiste, Olayiwola Kokumo better known by his stage Koker, has cleared the air on why he terminated his recording contract with the rapper MI Abaga’s led Chocolate City label.

It would be recalled that Koker’s exit from Chocolate City was met with mixed reactions from the public; with some saying he had personality issues with MI, while others felt he was not given much attention during his four-year stay.

In an interview with The Punch, however, Koker, through his manager, Ibrahim Bello, stated that he had a very cordial relationship with MI.

“We have a very cordial relationship. When it’s time for business we work and vice versa. We have had a lot of performances together and if you look at MI, he’s on an entirely different lane. He is the leader of the team and all he does is discover, breed talents and give them the best possible exposure he could.”

Speaking on the alleged lack of attention by the label, Koker said:

“Everyone was given at least a decent level of presence on the scene. I had solid hits back to back, which supported the efforts of the label and I knew the importance of needing to prioritise and lending my strength to the label.”

The artiste stressed that he still had a very solid relationship with the label, because the resolution reached at the end of the contract was for both parties to remain as a family.

He added that his first song, Daddy, produced after leaving his former label, was attracting a lot of attention.