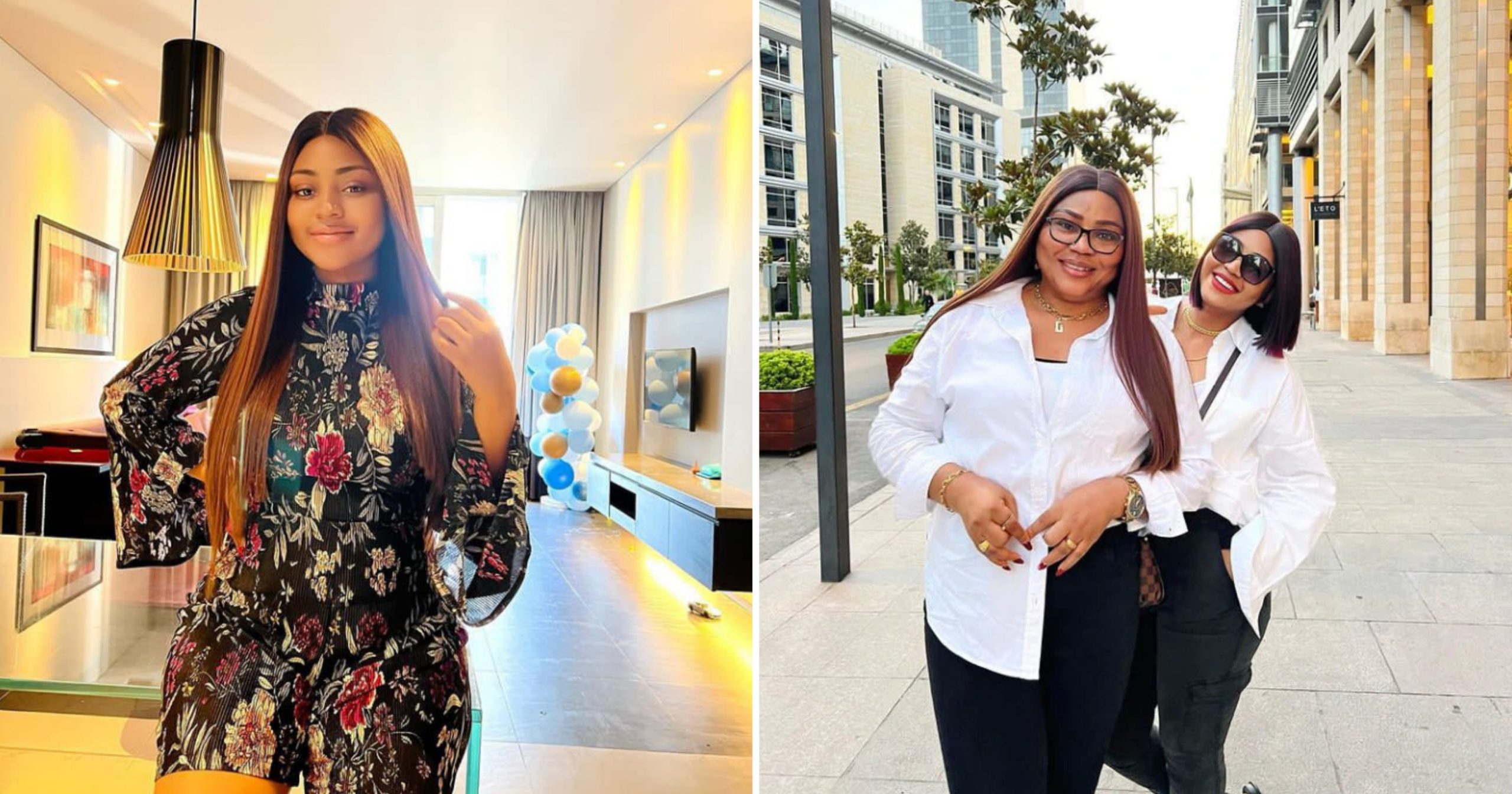 Regina Daniels, Nollywood teen actress and wife of Nigerian Billionaire, Ned Nwoko has narrated a story of how she and her mother almost became dishwasher in a Dubai restaurant.

The mother of two revealed this through her story on Snapchat.

According to her, she took her mother, Rita Daniels out on a dinner date in other to show her appreciation for taking care of her new born baby.

Unfortunately, neither of them came out with cash as Regina Daniel’s personal assistant concluded that the actress had some cash on her, hence coming empty handed.

She revealed that she and her mother ordered several dishes and ate to their satisfaction before they realised that neither of them had money with them.

Before things got out of hand, a waiter escorted them to their hotel room to retrieve the money.