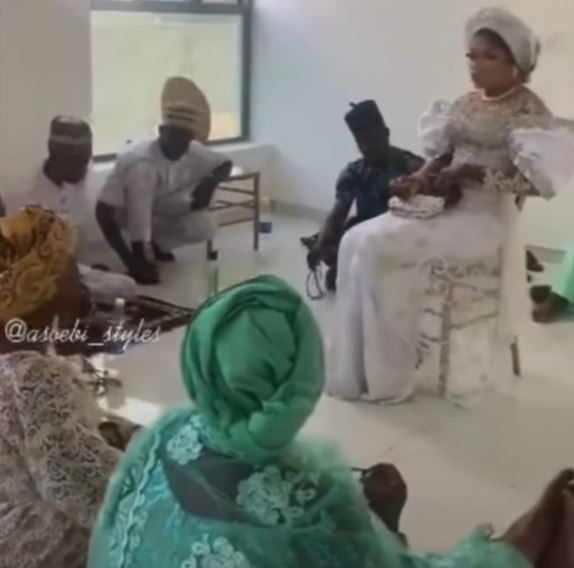 Religion Can Be Bought With Money

Social media users are going agog over a video of Muslim clerics gathered at the new mansion of popular crossdresser, Bobrisky to pray for him.

The crossdresser unveiled his multimillion mansion yesterday, June 19 and threw a lavish party which has left tongues wagging.

Among the guests who graced his housewarming party were some Muslim clerics who had come to pray for the socialite.

In a video shared online, the human barbie doll could be seen sitting on a chair while surrounded by Muslim Alfas who sat on the floor to pray for his new home.

The video has set off reactions from netizens who wonder whether their religion doesn’t see anything wrong in what he’s doing just because he’s wealthy.