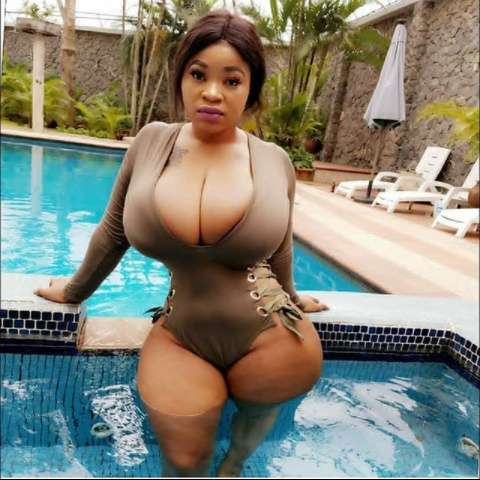 Whatever it is that curvy Instagram celebrity, Roman Goddess is selling, must really be paying off for her as she has revealed that she has a lot of money in her possession.

Taking to her Instagram page, the busty lady showed off the credit alert she got.

Roman Goddess reveals the person that sent her money.

Sharing a screenshot of the credit alerts she got, the light skinned lady says a certain ”your Zaddy” sent the money to her. A look at the Bank statement, however shows that she got a million Naira from the person. In another screenshot was a credit of 500k, still from ”your Zaddy”.

Also, she went further to share pictures of wads of hard currency in her possession.