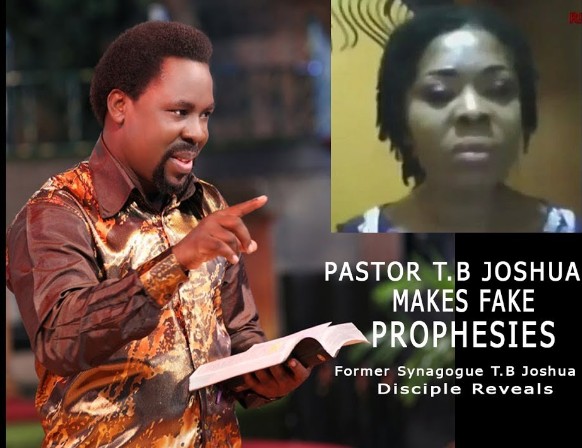 This is really flabbergasting, a lady called Bisola Hephzi-bah Johnson came to the world and reveal a big secret behind Pastor TB Joshua miracles which she called him a fake prophet making unreal and already known prophecy which might have already revealed to him by his disciples who often welcomed visitors to the church. From the word spoken by the lady, she said she was unconscious when she left the church before she later became conscious, they often threatened us with death, TB Joshua do slept with us and make love to we ladies before and after he perform miracles, she said.

Watch what the lady said about TB Joshua

This is really surprising, no one knows whether she has been paid to dirt the man’s name or what’s she’s saying is true.