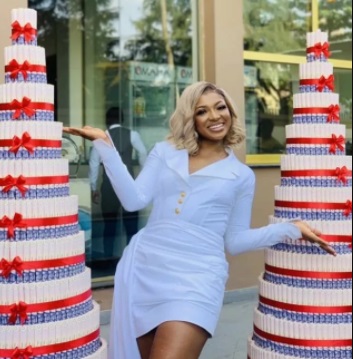 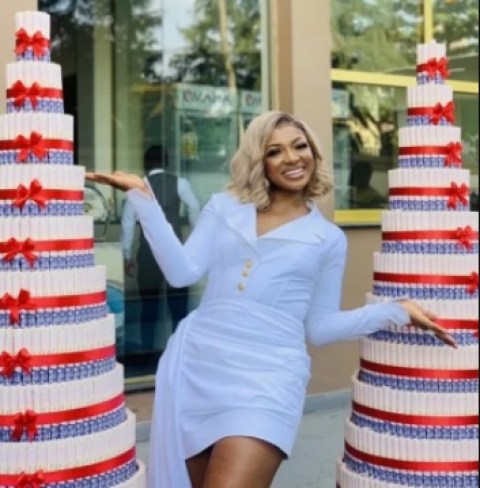 Fans of Liquorose have spoilt her with giant money cakes.

Recall that she is the first runner-up of BBNaija season 6.

The reality star couldn’t contain her excitement as fans surprised her with two huge money cakes.

The Edo-born dancer whose fanbase is called Liquolions decided to surprise their fave with a mind-blowing gift. The money cakes undoubtedly looked so gigantic.

Filled with enthusiasm, Liquorose in appreciation busted dance moves amid cheers and chants from fans.