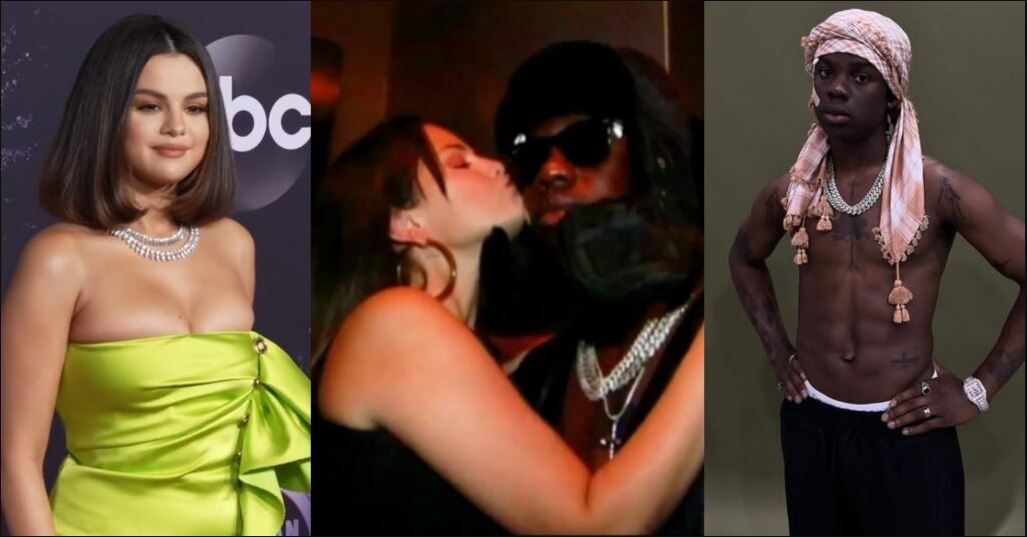 The performers can be seen cuddling up in each other’s arms as Selena kisses Rema backstage following the sold-out performance in a social media video.

READ ALSO: I Prefer To Show Love Than To Make Love – Rema

Thousands of fans came out to support the attractive 22-year-old performer, and 6lack, an American rapper and singer, was seen with the Nigerian artist backstage.

Rema uploaded pictures from the sold-out tour on his Twitter page, where he also thanked 6lack for supporting him and expressed his love for Selena Gomez.

The Nigerian singer wrote, ”LA gave me a butterflies. Love you @Selenagomez and big ups to my brother @6lack for keeping it real with me.”