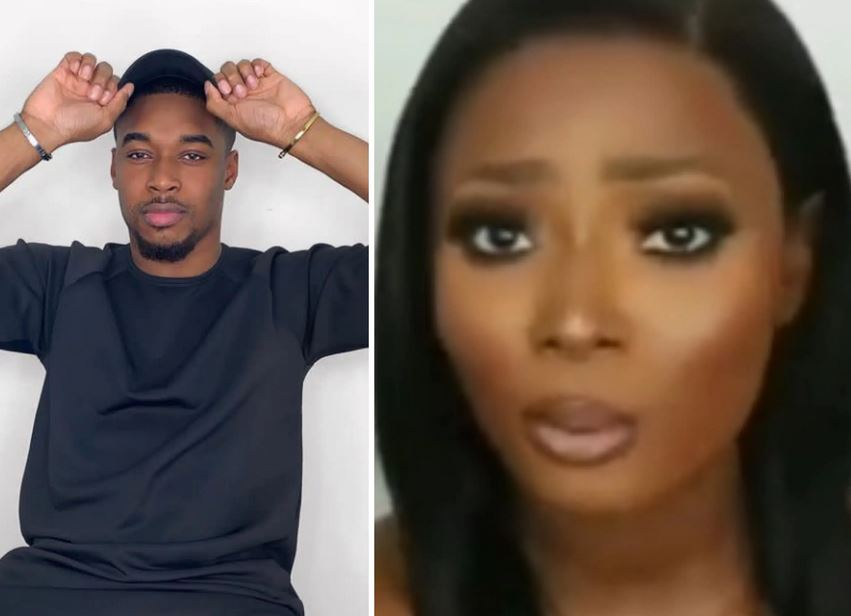 BBNaija Level-up housemate, Sheggz has been accused of domestic violence by his ex-girlfriend.

The young lady claimed that he hit her badly and even he choked her on the bed.

It got to a point she couldn’t endure anymore. She attempted to run away and in the process, she missed a step and fell down the stairs, damaging her leg bone.

She stated that Sheggz is a very violent person, while sharing pictures of the injury she had sustained.

“He got aggressive, he was grabbing me choking me. I go to the stairs an I’m trying to run down as quick as I can.

I thought it was like a little stain y’all but getting to the hospital they told me omo!! “you’ve done a very good job. You’ve literally cracked your bone. Your bone is broken”

It’s not like a lite strain you know you use clutches for. I needed surgery as soon as possible. That’s how bad it was.”