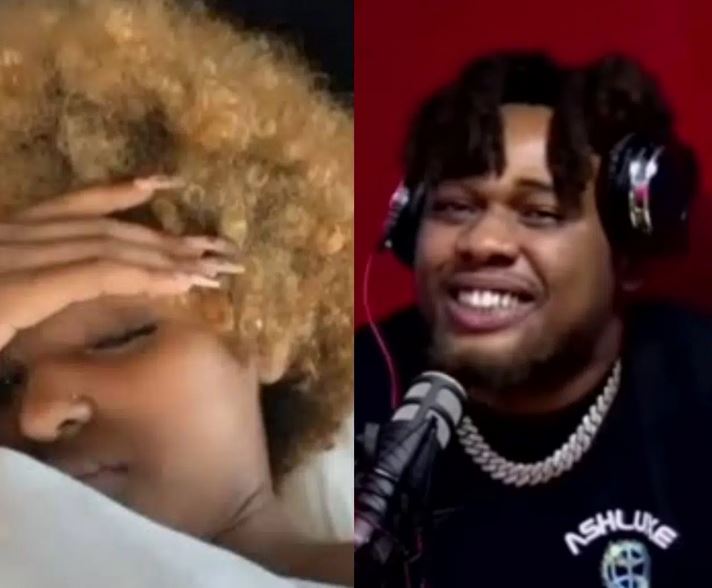 Superstar Nigerian singer, BNXN has spoken about his relationship with the Swedish lady who leaked their bedroom video.

In an interview with Hot FM, the singer revealed that he has now locked up the lady because she had attempted to blackmail him.

When asked how he had felt when he heard the news of the tape, BNXN stated that it all felt weird to him and he had suffered severe backlashes as a result of her action.

According to the singer, the lady had tried to extort money from him with the alleged pregnancy but he didn’t fall for her ploy.

He also opened up on his relationship with Ruger which he asserts is being instigated by fans.

Watch Him Speak Below: