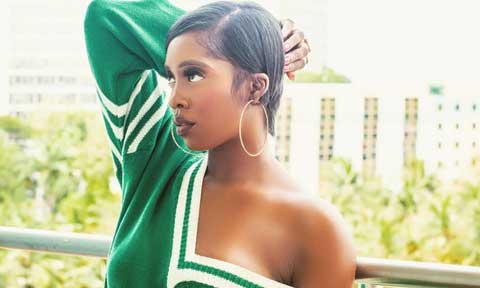 Singer Tiwa Savage has reacted to the alleged ban of her new single ‘Tiwa’s Vibe’ by the National Broadcasting Commission(NBC). Tiwa Savage is unhappy at the ‘gbese’ shayo aka alcohol has brought for her.

According to the singer, her song ‘Tiwa’s Vibe’ was banned by the National Broadcasting Commission(NBC) over her mention of alcohol, in a country were booze is legal.

The Mavin Records first lady said that the reason for the ban has left her speechless.

The only time Tiwa Savage’s name has been linked to a ban, was after the federal government stopped the importation of Codeine, weeks after she featured on DJ Enimoney’s hit song ‘Codeine Diet’.

Nigerian Broadcasting Commission had not released an official statement of the ban, at the time of this report.