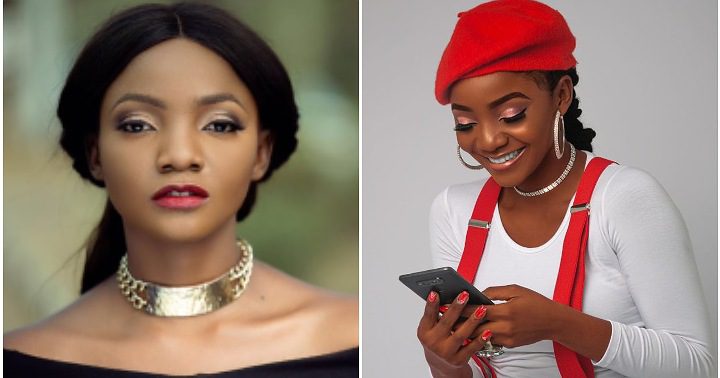 Award winning Nigerian singer, Simi has reacted to a video of a girl jumping on her husband, Adekunle Gold while he was performing on stage at his concert in Uganda.

Recall that AG baby held his concert in Uganda. The event which turned out to be the biggest uptown concert of the year in the country, featured top known artists, like the likes of Costa Titch, a South African artist.

While performing a lady tried to to jump on him and rock him. However, she was unsuccessful as she fell down.

Reacting to the incident, Simi took to the comment section to talk about a shirtless photo of Adekunle Gold which was shared on his page to comment on his bare chest.

She wrote: “Dass why they are jumping on you, go and wear your shirt my friend”.

Meanwhile, Nigerian singer and songwriter Oma Lay has made shocking revelations about his life and battling depression.

The singer dropped the bombshell in a series of posts shared on the microblogging platform Twitter, revealing some of the things that influenced his debut album, ‘Boy Alone’.