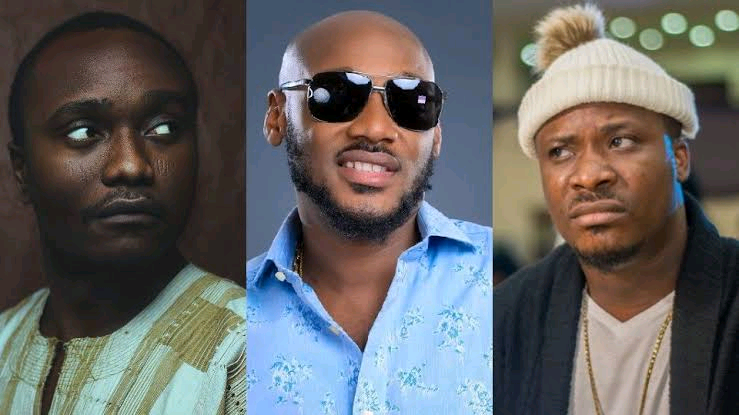 Singer Jaywon Tackles Brymo For Saying 2face’s Reign Is Over

Nigerian singer, Jaywon, has come for his colleague, Brymo after the latter called out 2face on social media and said that his reign is over.

Information Nigeria recalls that Brymo started the call-out on his Twitter page in which he accused 2face of staging an attack against him based on the allegations that he had an affair with his wife, Annie.

2face responded to the call-out with a defamation suit worth one billion naira.

However, Brymo insisted on his claims and came out to say that he is ready to go to court with 2face. He did not stop there as he further tweeted that 2face should start a farm because his reign in the music industry is over.

Weighing in on the back-and-forth between Brymo and 2face Idibia, Jaywon tackles Brymo in a recorded video.