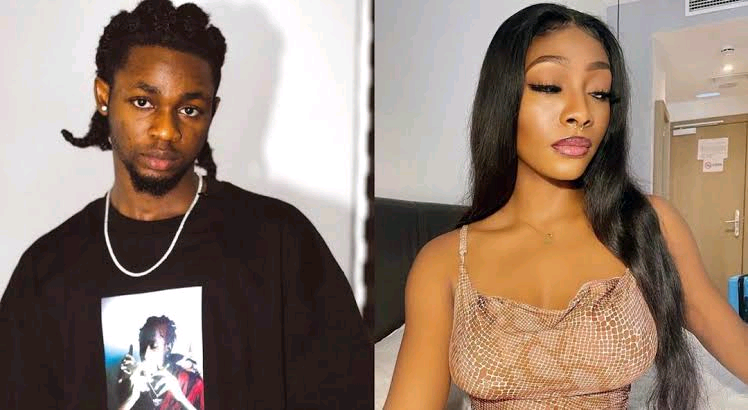 It appears that all is not well with the relationship of popular Nigerian singer, Omah Lay.

The ‘Damn’ singer and his longtime girlfriend, Gloria Eberechi are no longer following each other on Instagram.

This is barely hours after a montage of them together found its way to social media after they had been dating secretly for a while.

Read Also: I Will Jump In The Crowd At My First Concert – Omah Lay

According to reports gathered, Eberechi was ousted for cheating on the singer with photo and video evidence of her hanging out with another man.

In the viral montage announcing their relationship, the “Understand” crooner and Eberechi flaunted their matching tattoos.