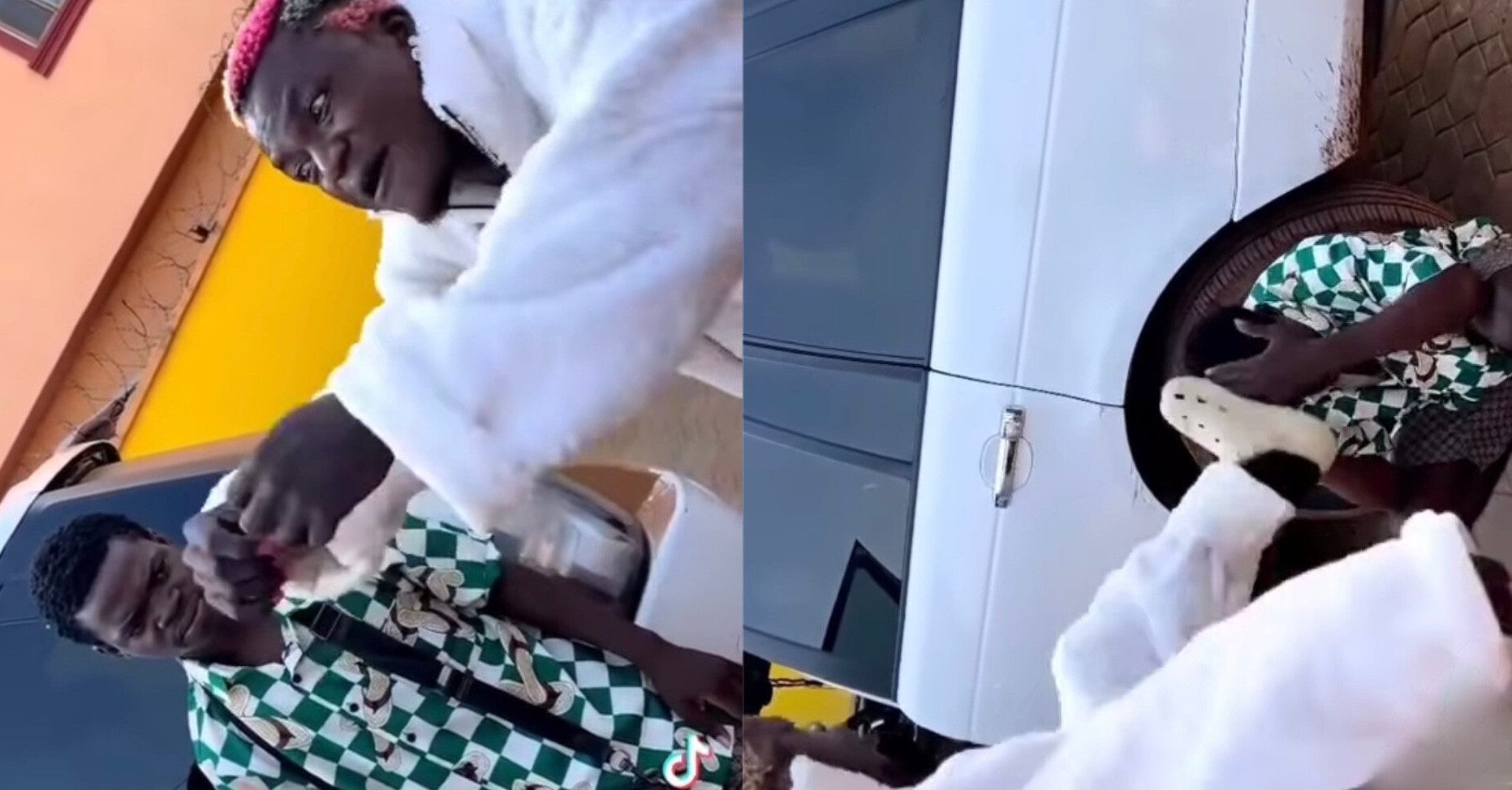 Habeeb Okikiola, popularly known as Portable, a Nigerian singer, was caught on camera hitting Manny Monie, another one of his artistes, for being “ungrateful.”

The video shows the controversial singer assaulting the artiste signed under his Zeh Nation record label, hitting and kicking him on the face, while questionning him.

Speaking in Pidgin English and Yoruba language, Portable accused Manny Monie of being ungrateful despite ‘all that he has done for him.’

”Did you borrow me any money? I’m helping you… I post you, carry you go shows, buy shoes for you, buy trousers, buy everything. I changed your phone. What else do you want me to do?… You will not propser’.

Manny Monie on his own part said he and his brother approached Portable for a collaboration and a work relationship started from there.

He claimed he paid Portable N700,000 and his brother set up a recording studio which Portable has been using.

He further stated that Portable said he had a dream about someone trying to kill him so he told his crew members and everyone around him to give him space.

Monie said he then approached Portable to give him back his studio since the Zazoo singer had opened a new studio.

However, Portable said he was ungrateful to make such a demand and began beating him, Monie said.