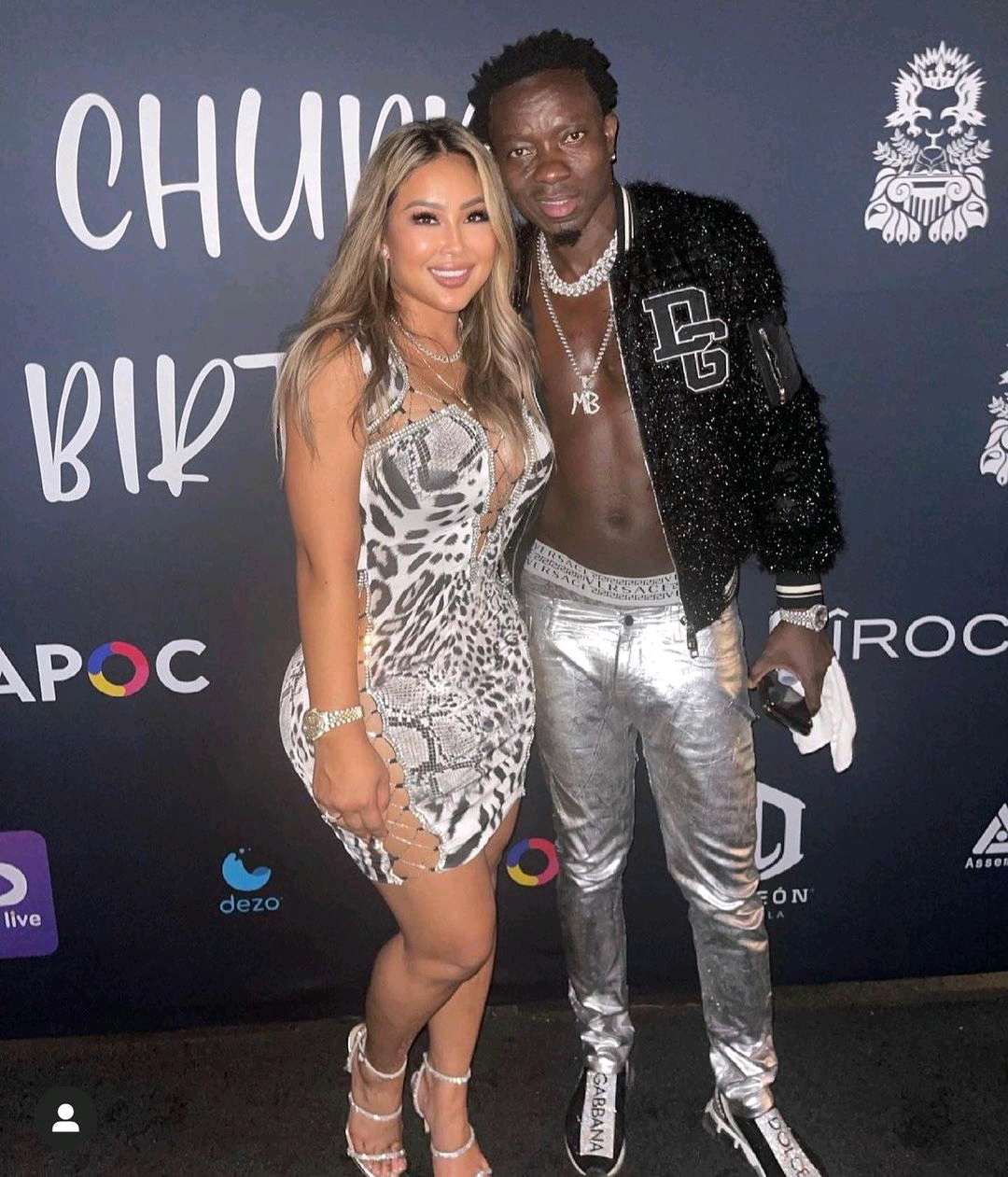 “Stay Loyal To Your Man No Matter What He Puts You Through,” Actor Michael Blackson Tells Ladies As He Gets Engaged

Ghanaian-American actor, Michael Blackson has advised ladies to stay loyal to their men regardless of whatever they go through in the relationship.

The actor stated this as he announced his engagement to his longtime girlfriend who allows him to have a side chick, does not demand anything from him and takes care of his bills.

“Meet the future Mrs.Blackson @mzradadarling. Ladies men look for loyalty, regardless of what we put you thru stay loyal to your man because we are fuck ups but we will eventually do the right thing. Nothing good come easy so trust in God and what’s meant to happen will happen. I’m blessed to have Rada by my side, she’s the definition of a great woman. Most of my haters call her a gold digger but believe me Rada has never asked for penny from me, she’s very independent and she’s actually the one that takes care of me plus I’m allowed a side chick a month. Lol”