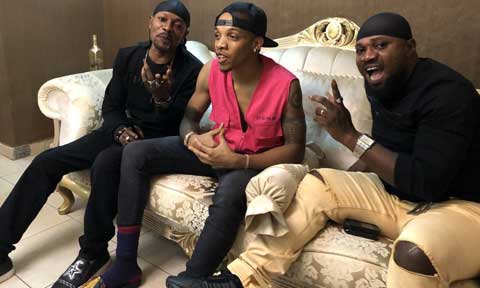 Nigerian singer Tekno Miles was accused by Danfo Drivers of stealing their work without their consent and had publicly declared they are coming for him to collect what he owed them.by

But from the looks of things, it’s like both parties have finally dump the bad and embrace the good as they were spotted together.

Tekno was seen hanging out with Mountain Black and Mad Melon in his sitting room as they were all smiles.

According to them, he owed them money and they came to Lagos because of him. Tekno must have listened so fast because he immediately met up with them and everything has been settled.

Tekno’s boss Ubi Franklin had earlier spoken on this allegation against Tekno saying they did contact Danfo Drivers but they never said something towards that direction.