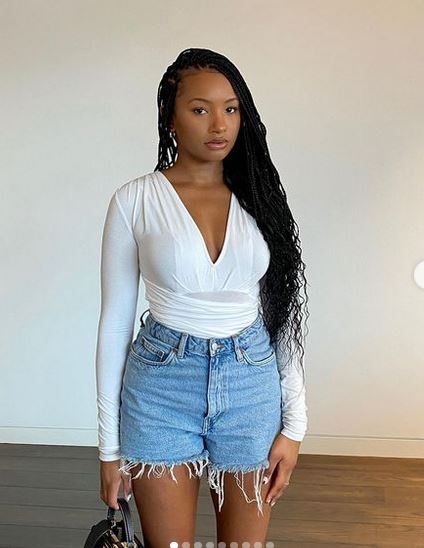 Billionaire heiress and actress, Temi Odetola has gotten her second movie role in filmmaker Niyi Akinmolayan’s next movie, The Man For the Job.

Announcing her second movie, wrote: ‘‘back doing what I love the most ! movies baby!! absolutely delighted to be coming back to your screens soon.”

Niyi Akinmolayan who is the director of the movie also spoke about the new project on Twitter on Friday.

“The way they will be rushing @edomalo after this film Ehn. Watched this scene 6 times now. He took it as a “no cut challenge” and killed it. 3pages of dialogue…one take…not one sweat was broken. Actors that make you hold an entire scene in edit are the best #TheManForTheJob.”

On Thursday, the filmmaker bragged that he has never shot anything as beautiful as what he did during the movie shoot.

“I’ve never shot anything as beautiful as the stuff I shot yesterday. And I have shot a lot of beautiful things,” he said.

Temi Otedola made her acting debut in the movie Citation, directed by Kunle Afolayan.