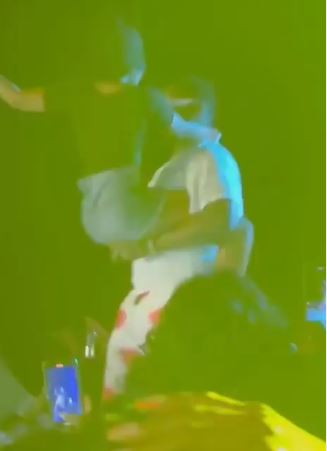 Social media users are reacting to a viral video of superstar singer, Kizz Daniel and a female fan during a stage performance.

The singer is presently visiting several countries in the continent for his ‘Afro Classic World Tour’.

During a stage performance in his recent show in Malawi, the singer made a female fan excited after bringing her on stage and featuring her in his performance.

The young lady was full of joy as she jumped on the singer and twerked on Kizz.

This is not the first time Kizz Daniel would be bringing an excited female fan up on stage and have her time with him.