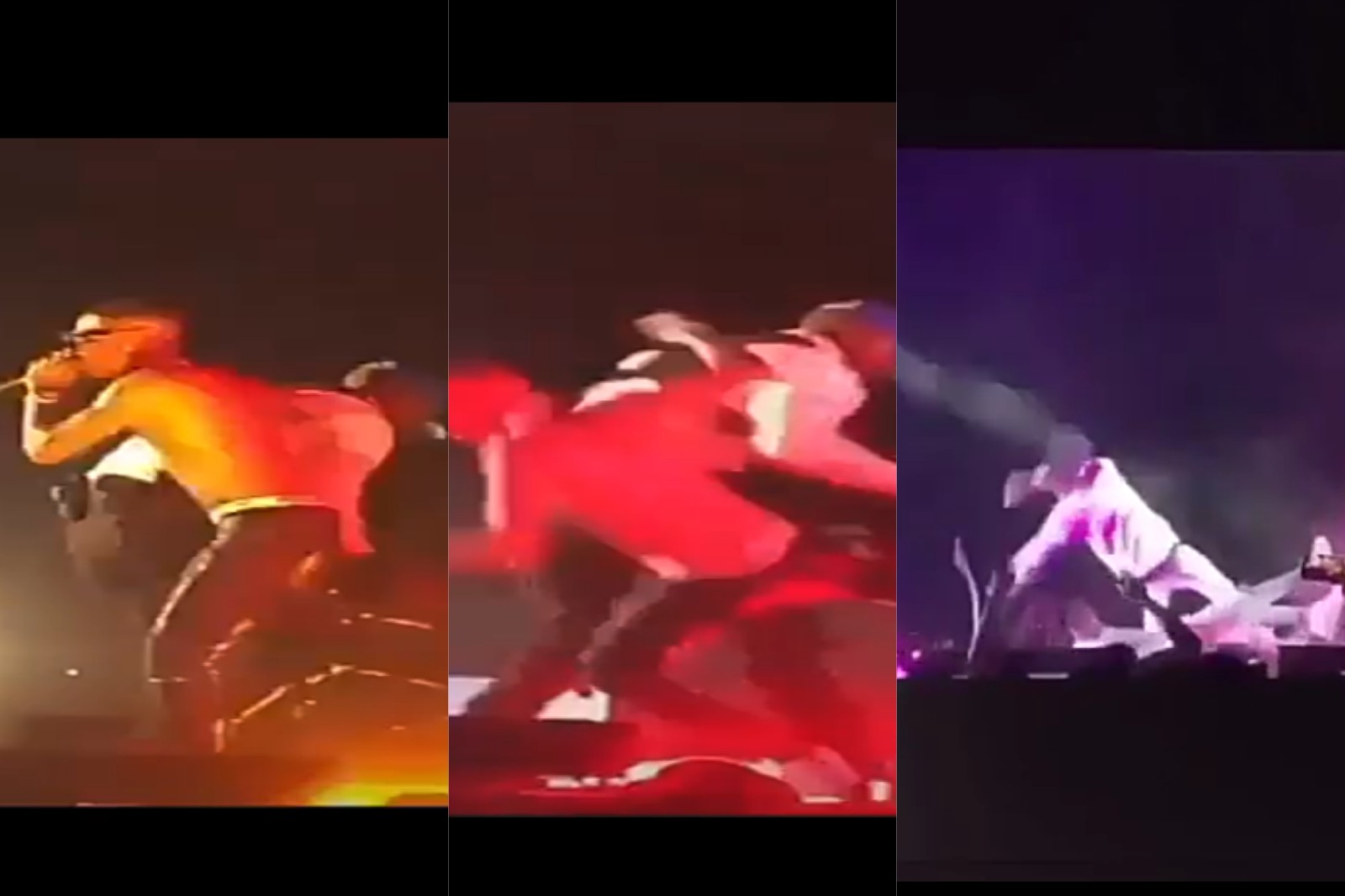 Wizkid fell at his Starboy Fest held at Lagos, this is actually due to the much is fan have for him, Wizkid fell on stage while a fan drag his leg just to embrace is performance.

Just recently,Wizkid had his highly anticipate Starboy Fest in Lagos, and the venue was packed full to say the least. Like other shows the music star has performed in over the course of the year, the event was not free of drama, especially as it concerns his encounter with fans.

A video making the rounds on social media captured the moment an overzealous fan who was close to the stage, mounted the podium and embraced the singer during the middle of his performance.

This was followed by security operatives swiftly addressing the issue and getting the individual off stage.

Unknown to them, the issue was far from over. Moments after another fan who wanted to have physical contact with Wizkid mounted the stage. Unfortunately, as the bouncers attempted to whisk the guy off stage, he latched on tightly to Wizkid’s leg, causing the singer to fall on stage.