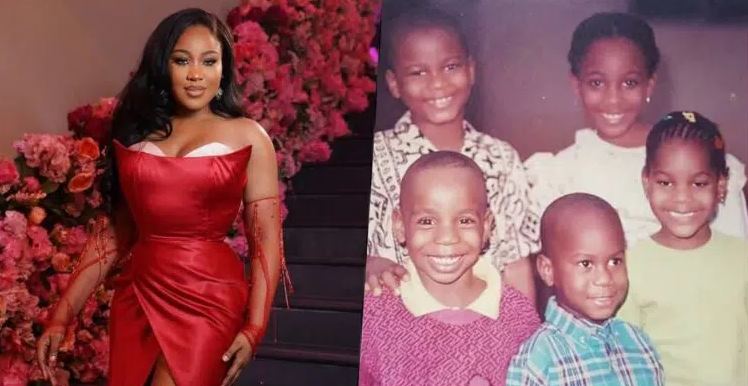 Ex-BBNaija housemate, Erica Nlewedim, has shared a beautiful photo of her younger self.

The brand influencer had taken to her Instagram page to take her fans through her memory lane, one that captured Erica at a young age.

Sharing the photo, Erica Nlewedim quizzed her fans on the possibility of recognizing her from the group photo.

“If only little Erica knew that she would grow up to be one of the most famous & influential names in the country, a top actress and a role model to many. We are proud of who you have become and there’s still more to do. God bless you Star Girl,” a fan wrote.