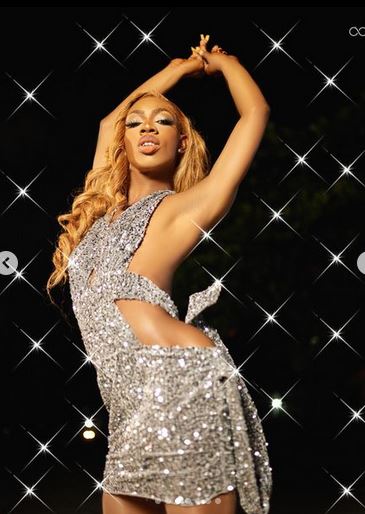 In an Instagram post on Tuesday, he posted photos of himself dressed as a woman, announcing his return as the ‘Princess of Africa.’

Controversial Nigerian crossdresser, James Brown has gone back to dressing as a woman weeks after dressing like a man.

The 23-year-old sparked reactions on social media in October after posting pictures of himself dressed as a man.

James also switched from his princess of Africa title to prince of Africa.

The crossdresser made the switch days after the s3x tape went viral and he has been advertising masculine outfits for a particular fashion brand.

However, in an Instagram post on Tuesday, the crossdresser posted photos of himself dressed as a woman, announcing his return as the ‘Princess of Africa.’

He wrote: “Who miss the princess of Africa because she is back bitches from my holiday.”

“How I Ended With Black Eye, Chipped Tooth For Considering Myself Beautiful”
How I Lost My Virginity To An Older Woman At 19 – BBNaija Star, Pere Shares
Changing President Will Not Fix The Country — OAP, Nedu
No Comments Yet Drop a Comment