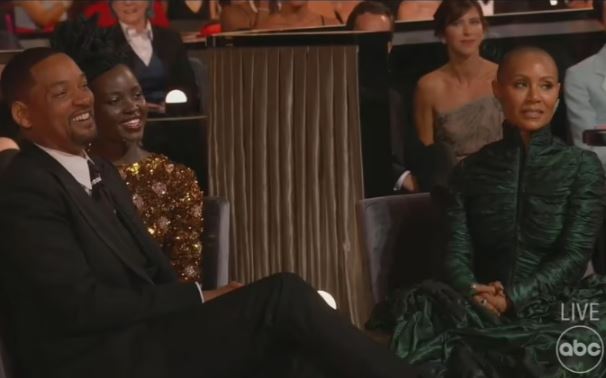 This Is A Season For Healing

Will and Jada at the Oscars

American actress, Jada Pinkett Smith has broken her silence after her husband, Will Smith slapped  Chris Rock onstage at the 94th annual Academy Awards on Sunday.

Chris Rock was struck by the actor for making an insensitive comment about his wife’s hair.

The actress posted a message on her Instagram that read, “This is a season for healing and I’m here for it.”

Jada’s statement comes after Will, 53, issued an apology of his own on Monday, writing, “Violence in all of its forms is poisonous and destructive. My behavior at last night’s Academy Awards was unacceptable and inexcusable. Jokes at my expense are a part of the job, but a joke about Jada’s medical condition was too much for me to bear and I reacted emotionally.”