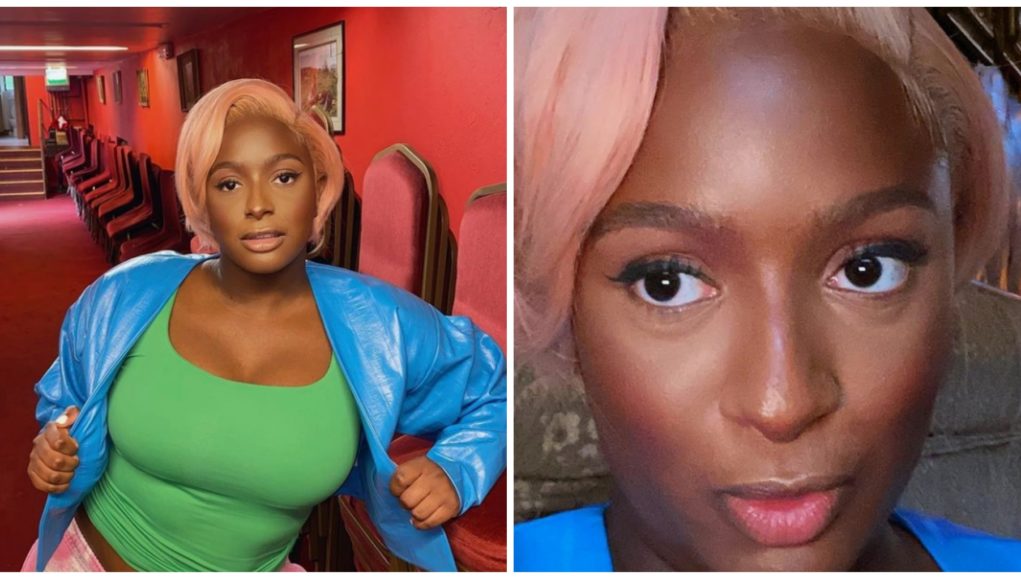 Nigerians have applauded DJ Cuppy after she rocked a new look.

This comes after the billionaire daughter shared new photos of herself.

DJ Cuppy in the new photos rocked a new look that is different from her regular long hair signature.


The Billionaire daughter, who is known for her long pink hairstyle, rocked a shorter version of the hair.

Sharing the photos via her IG account, “New hair who DIS???”

Her fans and followers have, however, taken to the comment section to react as they stressed that the hair is better.