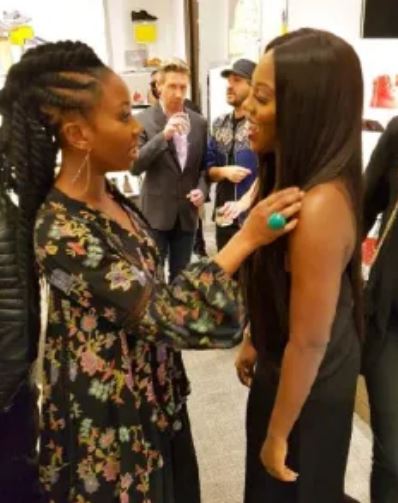 Tiwa Savage And Brandy Collaborate On A New Track 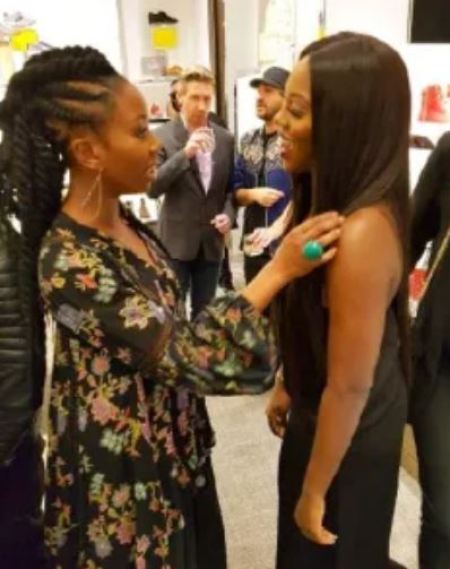 Legendary singer, Brandy have collaborated on a new track with Tiwa Savage.

In the song Tiwa sang about somebody’s son finding her one day.

While Tiwa shared a clip of the work on Instagram and asked her fans to Guess Who? Brandy commented under the post saying ” somebody will find them someday”.

Many flooded her comment with likes and responses saying she already let the cat out of the bag, lol. 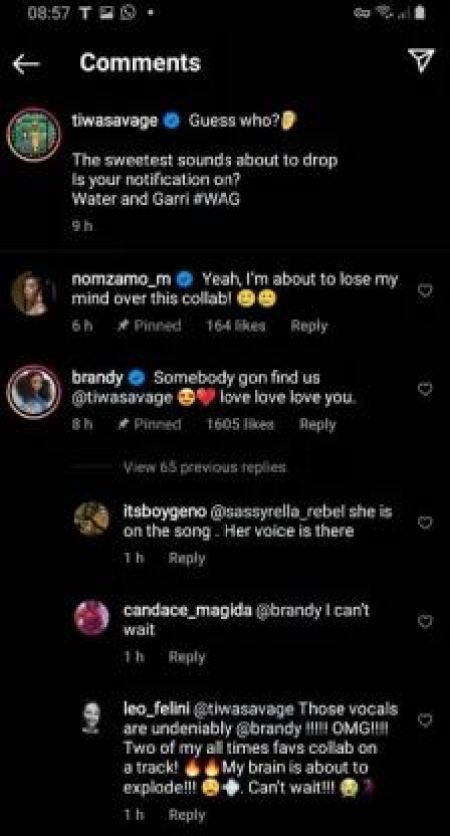