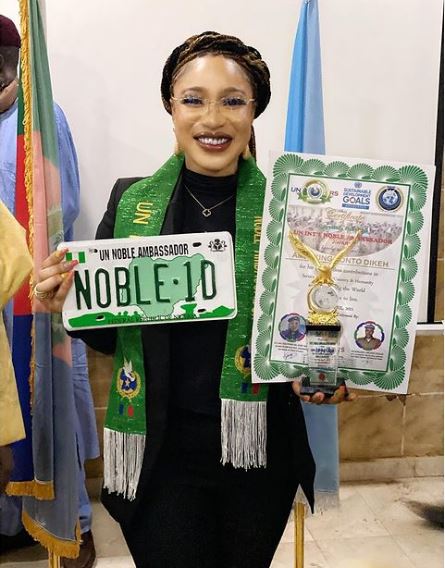 Nigerian actress, Tonto Dikeh is finally a United Nations Ambassador.
The actress bagged the 3rd prestigious award within 4 weeks.
This is coming after Tonto Dikeh was ridiculed because of being disowned by Nigeria Christian Pilgrims Commission (NcPc), after she had claimed the body appointed her as a Peace Ambassador.
While moving ahead, the mother of one is now a UN ambassador. 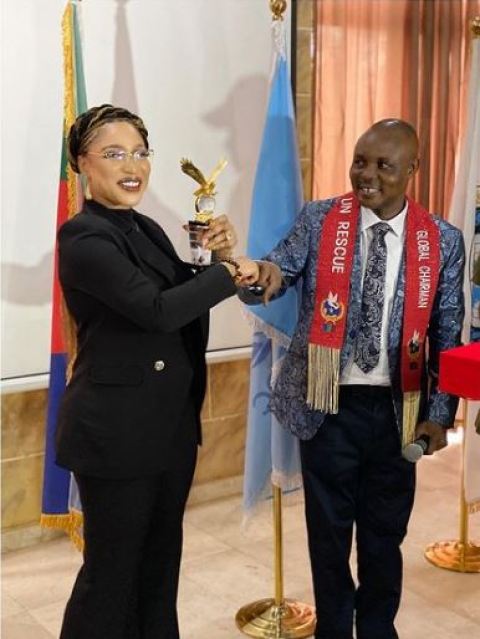 Sharing a photo of herself receiving the awards, she wrote;
“I was just honored as a UNITED NATIONS NOBLE INTERNATIONAL AMBASSADOR for the United Nations RESCUE SERVICES.
Reacting to the news, Zubby Micheal wrote;
”Congratulations GOLDEN POKO”
See post below;