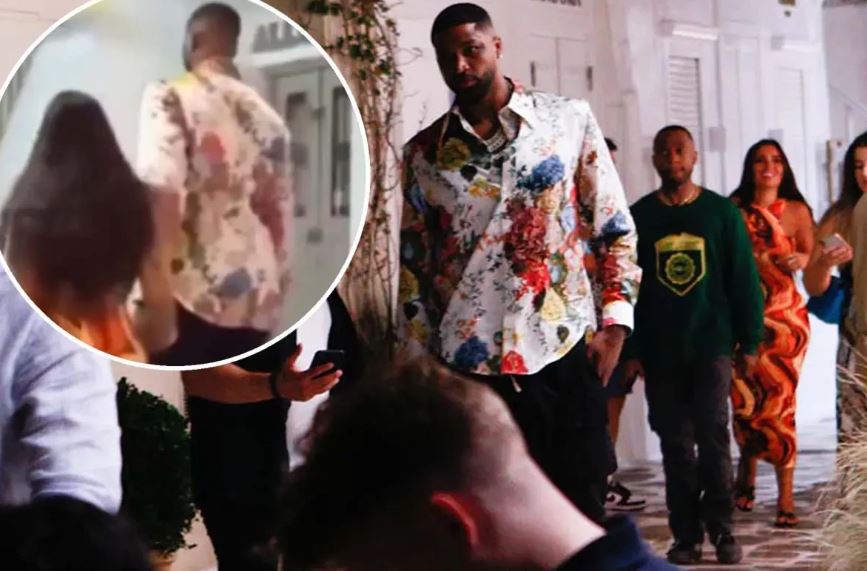 NBA player, Tristan Thompson was spotted holding hands with a mystery woman while leaving a club in Greece days after it was reported that he and reality star, Khloe Kardashian are expecting their second child via surrogate.

In a viral video, the Chicago Bulls centre-forward is seen making his way through the busy streets with a brunette wearing a skintight orange and red dress.

This is coming after he was confirmed that the estranged couple are expecting their second child via surrogate.

Kardashian and Thompson’s surrogate became pregnant in November 2021 amid the adulterous athlete’s then-secret paternity lawsuit with Maralee Nichols, who would go on to give birth to their son, Theo, on Dec. 1.

“Khloé and Tristan already had the baby in the works when the scandal hit. By then, Khloé was just like, ‘I’m going to be doing it by myself,’” an insider told PageSix, while another added that Kardashian has been openly talking to friends about having the baby since before Christmas.

Khloé and Tristan’s relationship has been rough over the years due to his infidelity scandal.