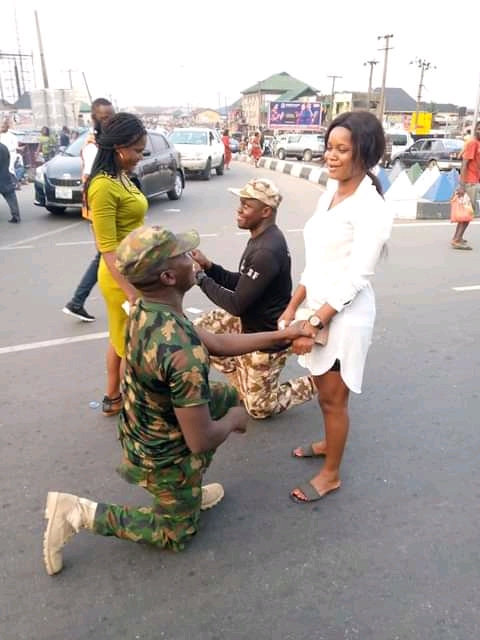 Two soldiers created a scene on a busy road after going on their knees to propose to their girlfriends.

Two Nigerian soldiers caused a scene recently after they went on their knees to propose to their girlfriends on a busy road.
And thankfully, the women said yes.
The story was shared on Nairaland by a user who wrote:
“A Soldier friend and his colleague proposed to their Girlfriends and they both said ‘YES’
Congratulations Ovienadu and co.”