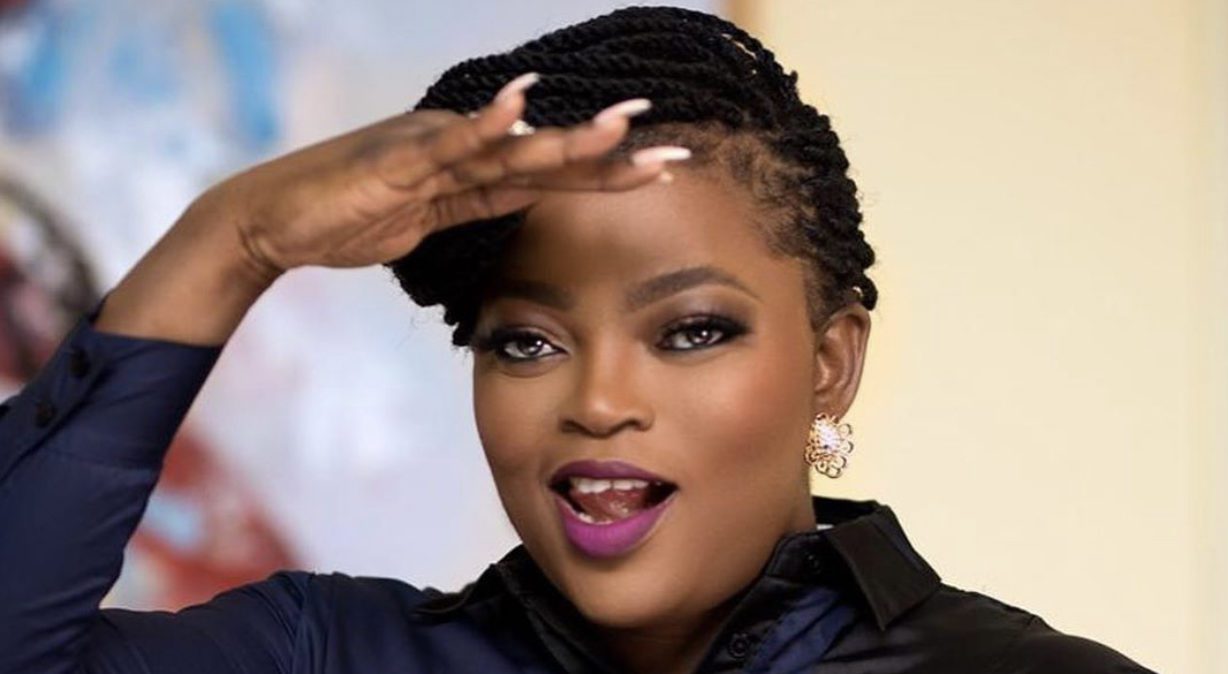 Recall that Funke in an interview on Channels TV claimed that she has a huge number of followers just like the governorship candidate, Jandor, who has a good number of supporters

Funke Akindele said she has over twenty million followers on social media who would support her party to emerge as the winner.

When reminded of the popular cliche that ‘politics is not on social media’, Funke said she also have a lot of fans at the grassroots.

Reacting to the development, Uche via his Instagram handle on Friday, mocked the mother of two, adding that her followers are more concerned about her marriage than her political career.

He further noted that most of her followers on Instagram are not Lagosians, maintaining elections are not won on social media.

He cited politicians with huge following on social media who could not gathered huge votes during elections.

Uche advised the actress to fix her home first as that is what most of her followers will want.