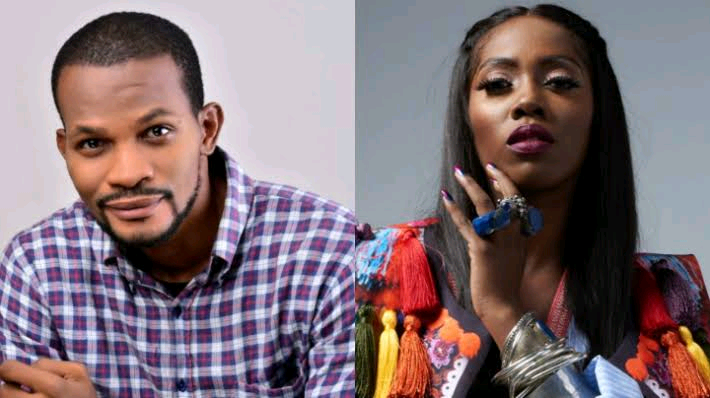 Information Nigeria recalls that Uche Maduagwu had earlier dragged Tiwa Savage to filth for coming on social media to cry out about someone allegedly blackmailing her with the leaked video and asking for payment.

Tiwa Savage had revealed that her road manager sent the intimate tape to her and also her new lover was very worried himself about the leaked video.

However, Uche Maduagwu has dragged her for the second time again, telling the singer to grow up and stop talking about a man that hasn’t given her an engagement ring, while others are celebrating wedding anniversaries.

“This is is shameful. At 41, others are celebrating Wedding anniversaries, Those not married are inspiring women. You dey talk about a take With man you no even dey PROUD Of to introduce to fans. Someone that has not even given U engagement ring, Oluwa TIWA Grow up”