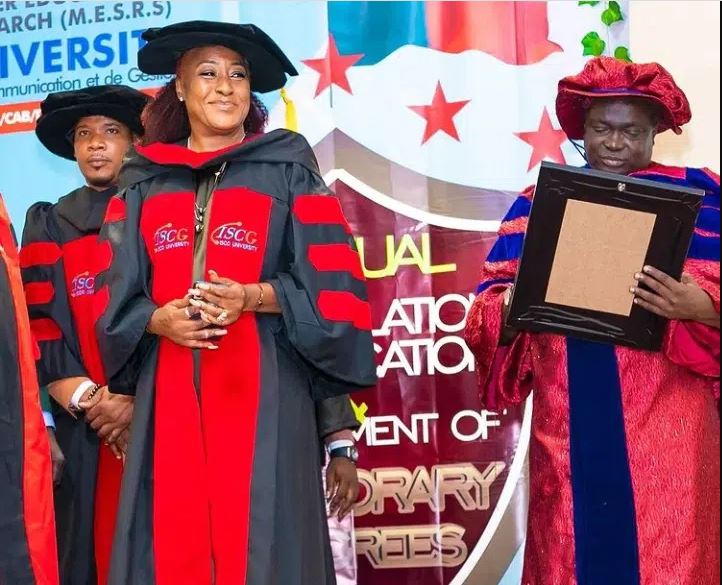 Ireti Doyle, a Nollywood actress, has undoubtedly made progress in the film industry.

The actress has worked hard and deserves all the recognition she receives.

The actress recently announced her new accomplishment by joining the list of those who have doctorates on her Instagram page.

Ireti expressed her happiness and said she had never anticipated her current success.

She claims that even though she had numerous plans for herself, she hadn’t anticipated this.

She wrote: “I have envisaged many things for myself….and having put, and still putting in the work, I have a healthy expectation of receiving “accolades”.

But at no point did I see THIS coming….. Mommy would have been mighty proud!? Dr Doyle had a nice ring to [email protected]_university__ I am highly honored….thank you!”.